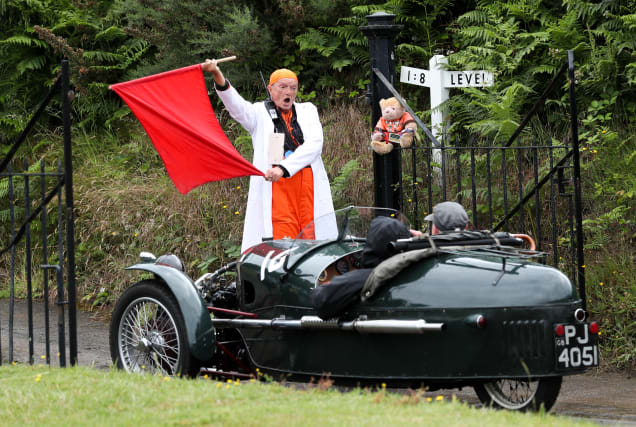 A fleet of vintage and classic cars descended on the Brooklands Museum in Surrey for the annual Double Twelve Motorsport Festival.

An array of makes and models took part in the annual driving tests event organised by the Vintage Sports-Car Club at the Weybridge site.

Brooklands was the world’s first purpose-built motor racing circuit, constructed in 1907. It famously included two sections of banked curve track up to 30ft high, which are among the challenges in the vintage driving test day.