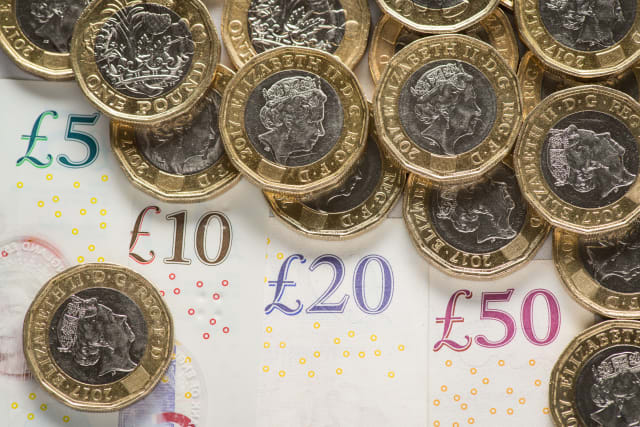 The “bank of mum and dad” is predicted to hand out £6.3 billion-worth of loans this year, making it equivalent to the UK’s 11th biggest mortgage lender, according to analysis.

Bank of mum and dad lenders are also becoming more generous, handing out £24,100 on average which will give younger generations a leg up onto the housing ladder, the research from Legal and General and the Centre for Economics and Business Research (Cebr).

The bank of mum and dad is expected to be involved in more than a quarter of a million (259,400) property purchases this year.

While this is down from 316,600 transactions last year, it still amounts to nearly one in five (19%) transactions in the UK mortgage market.

In total, the bank of mum and dad will help buyers to purchase property worth nearly £70 billion this year, the report said.

And while 62% of millennials aged under 35 need the bank of mum and dad’s support, it is not just the younger generations being helped, the research found.

More than a fifth (22%) of people aged 45 to 54 have received financial assistance from the bank of mum and dad to purchase their latest property.

And around 7% of over-55s have also received help from family or friends to buy their most recent home.

Nigel Wilson, group chief executive at Legal and General, said: “The bank of mum and dad continues to be the ‘iceberg’ mortgage lender beneath the surface of our housing market – all but invisible yet exerting a massive influence, funding purchases across the country and helping people to defy the economics of affordability and realise their housing dreams.

“This year, parents or grandparents, family or friends are set to lend thousands more to fund nearly one in five house purchases.”

Legal & General’s research also shows that the bank of mum and dad’s key role in the housing market is set to continue.

More than a third (35%) of prospective buyers who are planning to purchase a home in the next five years said they expect to rely on financial support from their family.

The research was compiled using a survey of more than 1,700 borrowers and more than 2,000 adults who had lent money as well as Cebr’s forecasts which used HM Revenue and Customs (HMRC) property transactions figures.

Here are the average amounts lent by the bank of mum and dad in 2019 regionally, according to Legal and General/Cebr (a figure for Northern Ireland was not available):