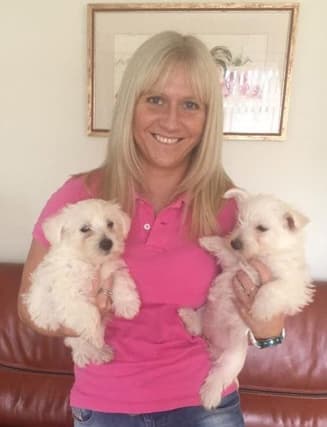 A body found in a Dumfries and Galloway forest has been confirmed as that of missing Emma Faulds.

The 39-year-old had last been seen on April 28 at Fairfield Park in Monkton, South Ayrshire.

The remains were found in Galloway Forest and have now been identified as the missing Kilmarnock woman.

A statement from officers said: “Police Scotland can now confirm that the human remains which were discovered in the Galloway Forest area on Wednesday June 12 2019 are that of Emma Faulds.

“Emma’s family have been made aware and specialist officers are continuing to provide support to her family.”

Last month, a man appeared in court charged with the murder of Ms Faulds.

Ross Willox was also charged with attempting to defeat the ends of justice on May 10 before returning to Ayr Sheriff Court a week later for a second hearing.

The 40-year-old from Ayrshire made no plea and was remanded in custody.