Zoo releases rare snails that had been considered extinct into wild 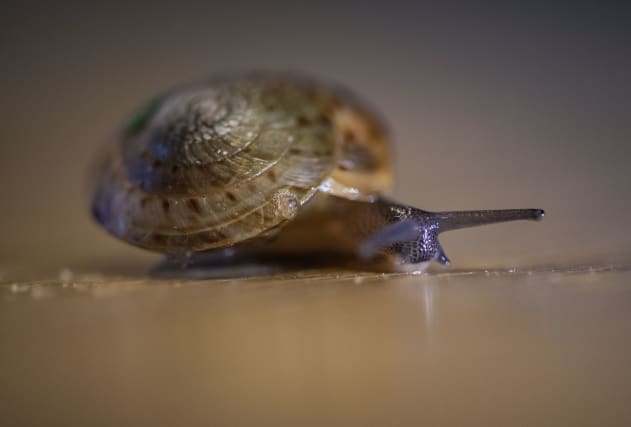 Four thousand snails from a rare species feared to have gone extinct are being released into the wild thanks to the conservation efforts of a UK zoo.

The greater Bermuda land snail was thought to have vanished from the planet, with populations decimated by invasive predatory species, until a small group was discovered in an alleyway in the island’s capital, Hamilton, in 2014.

They remain critically endangered but, in the last few years, experts at Chester Zoo have been building up a population – a project which culminates this month as 4,000 of the snails are released back into the wild in Bermuda.

“It’s incredible to be involved in a project that has prevented the extinction of a species,” said Dr Gerardo Garcia, the zoo’s curator of lower vertebrates and invertebrates.

“The Bermuda snail is one of Bermuda’s oldest endemic animal inhabitants.

“It has survived radical changes to the landscape and ecology on the remote oceanic islands of Bermuda over a million years but, since the 1950s and ’60s, it has declined rapidly.”

The snails are being released on to Nonsuch Island, a protected nature reserve which has been identified as the best location for them to thrive, in part due to the absence of the species’ main predators, including carnivorous snails and flatworms.

A number of them will be tracked thanks to special fluorescent tags trialled by snail specialist Dr Kristiina Ovaska at the zoo.

Dr Mark Outerbridge, wildlife ecologist for the Bermuda Government, said: “It has been tremendously gratifying for me to see them return to Bermuda for reintroduction.

“We have identified a number of isolated places that are free of their main predators and I am looking forward to watching them proliferate at these release sites.”

Another species – the lesser Bermuda snail – is expected to be released in the coming months.