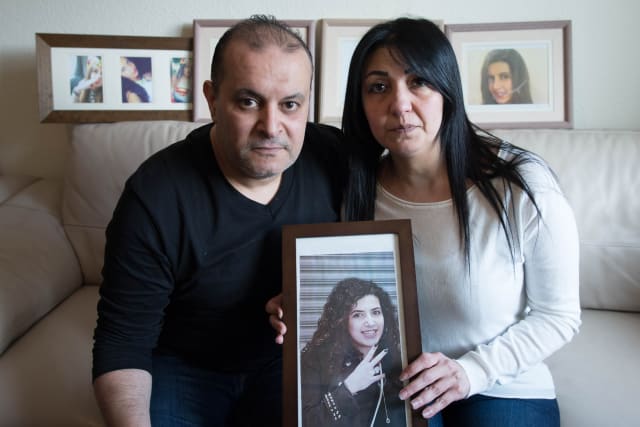 A “pack” of teenagers who punched an Egyptian student and slammed her against a bus stop were not charged with manslaughter because the attack could not be “legally linked” to her death, a court has heard.

Mariam Moustafa, 18, suffered a stroke which left her in a coma after the “unpleasant incident” on February 20 in Nottingham last year and died almost a month later on March 14.

At Nottingham Crown Court on Thursday, three of Mariam’s attackers, Mariah Fraser, who has since turned 20, 18-year-old Britania Hunter and a 16-year-old girl, who cannot be named, appeared in the dock for their sentencing hearing.

Mariam was punched several times during the confrontation “fuelled by social media” near a bus stop in Parliament Street at 8pm, while her friend Pablo Jawara tried to protect her.

Six attackers were charged after the incident, including three other teenagers aged 18, 17 and 16 who will be sentenced later this month.

The court heard how one of the six defendants, who cannot be named, had told the victim “I have got beef with you” and had sent a message to a fellow attacker saying she wanted to injure Marian and “cut her”.

The prosecution said after the incident, Fraser, who has previous convictions for robbery, attempted robbery and assault, had searched the internet for “I have put someone in a coma” when she realised she may be arrested for her part in the attack.

Mariam’s parents, Mohamed Moustafa, 51, and Nessrin Abu-Elneinen, 42, were visibly upset as CCTV footage of their daughter collapsing on the bus was played to the court.

The court heard how two of the six, the 16-year-old girl and an 18-year-old who will be sentenced later this month, were the main aggressors in the altercation “over a boy”, while the others were either filming the incident or laughing while watching.

But the prosecution said four pathologists had concluded the attack could not be “reliably linked” to Miss Moustafa falling into a coma or her eventual death.

Opening the facts of the case against Fraser, Hunter and the 16-year-old girl, prosecutor Luke Blackburn said: “To call it an argument would be a mis-description as it was all one way.

“It developed into threats and violence at that bus stop.

“Miss Moustafa and Mr Jawara got on the bus, doing their best to get away from what was going on.”

Mr Blackburn said the 16-year-old youth banged on the bus window to persuade the driver to let them on.

The Crown’s barrister continued: “All six went upstairs to find the two people they had been attacking.

“Mr Jawara stood up and did his best to physically protect his friend – he just got in the way of the defendants and did not use any violence.

“The atmosphere was intimidating and violent with the forceful nature of the language being used.”

Addressing the feelings of the victim throughout the attack, Mr Blackburn added: “Footage shows how Miss Moustafa looked frightened, passive and, towards the end, obviously unwell.”

Explaining to the court why the defendants were only charged with affray, Mr Blackburn said: “There was not any legally reliable and safe link between what these defendants did and her tragic death.

“So affray, rather than a more serious charge was made against the six defendants.

“A link of a reliable nature could not be made with what happened on the bus and the death of Miss Moustafa.”

Fraser, Hunter and the 16-year-old girl will be sentencesd on Friday.

Three other teenagers, aged 18, 17 and 16, will be sentenced at Nottingham Youth Court on June 19.