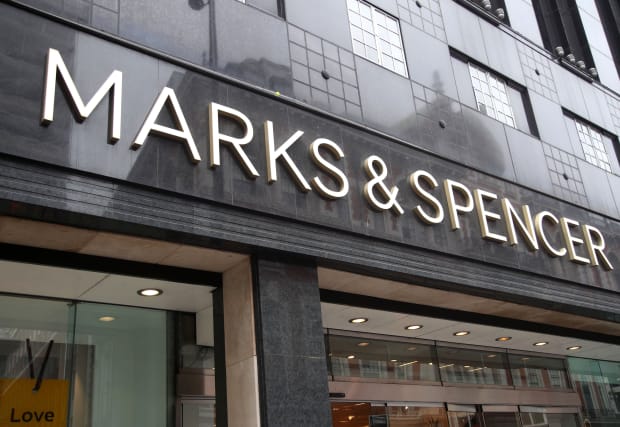 Shares in the group fell 2% as results of the rights issue were announced.

The underwriters will now look for buyers of the near-15% of shares not snapped up by existing M&S shareholders.

M&S launched its £601.3 million rights issue last month – offering one share for every five currently held – to help fund the deal with Ocado to boost its food offering and online delivery service.

Investors and analysts have expressed concern about the deal, which will see M&S spend £750 million to buy half of Ocado’s UK retail business.

Some analysts have said M&S is paying a high price.

The move is the latest action taken by M&S to overhaul its business as it embarks on a major programme of store closures.

It also outlined plans to close another 85 full-line stores and around 25 Simply Food outlets on top of the 35 full-line branches closed in
2018-19 under a previously-announced restructure.

It said the overall size of the chain will remain in line with plans as it also opens and relocates shops, having launched another 48 full-service stores in the past financial year.

The chain also recently narrowly avoided being booted out of the FTSE 100 after its shares have tumbled by nearly a fifth over the past six months, which was thanks to its rights issue.

He added: “Despite all the bad vibes about current trading and the second thoughts in some quarters about the wisdom of the Ocado deal, the £600 million rights issue was sizeable enough to preserve M&S’s fragile hold on its place in the FTSE 100 index in the recent review and it was deeply discounted enough to encourage a reasonably good take-up from shareholders.”

M&S also has a large army of small retail investors, who account for 20% of its shareholder base, many of which hold shares in their own name, which is understood to be a limiting factor in the take-up of its rights issue.

Priti Patel: There must be no weak spots in efforts to cut crime

Call to cancel Ireland vs Italy rugby game ‘not made lightly’