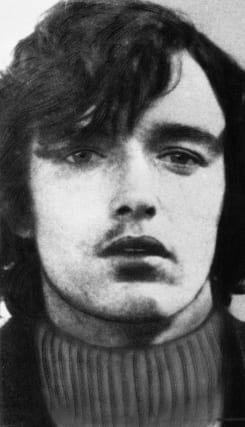 A lodger who killed three young children at their home before hanging their bodies on garden railings has been released from prison, the victims’ mother has said.

Their mother, Elsie Urry, who has since moved to Hampshire, told BBC Hereford & Worcester on Tuesday that a support worker had rung to tell her the news.

“All she has told me is that he’s been released, he’s got a tag and he’s got to obey by certain rules that they’ve given him.

“Other than that, I don’t really know.”

A Parole Board report from the end of last year said McGreavy had changed “considerably” since the 1973 triple murder.

He first became eligible for release in 1993.

Conservative MP for Worcester Robin Walker, who has repeatedly written to successive justice ministers and home secretaries objecting to McGreavy’s release, said: “Frankly, I don’t think someone who carried out such crimes should ever be let out.”

He added: “It is a great shame.

“I understand there are strict curfew and tag conditions and he is banned from Worcester, and the area in Andover where Ms Urry lives.”

In crimes which shocked the nation, it emerged that Paul had been strangled, Dawn was found with her throat cut, and Samantha died from a compound fracture to the skull.

McGreavy, a family friend and lodger, then impaled their bodies on the spiked garden railings of their terraced family home in Gillam Street, in the Rainbow Hill area of Worcester.

He claimed to have killed the children because one of them would not stop crying.

McGreavy, then 21, had been babysitting the children while Ms Urry – then known as Dorothy Ralph – went to work in a pub, while her then husband had been out.

He was sentenced to life for the murders in 1973.

A document from the Parole Board about McGreavy’s case, following a hearing in November 2018, referred to a victim personal statement from the children’s mother.

In it she set out “the devastating effect” the deaths had on her “and still do have”.

But the document said that, following 45 years in custody, McGreavy now “takes full responsibility” for what he did.

It added: “He has developed self-control, as well as a considerable understanding of the problems that he has had and what caused them.

“The psychologist identified a number of factors which make it less likely that Mr McGreavy will re-offend in future.

“These included his improved self-control and the fact that Mr McGreavy has learnt to remain calm in stressful situations.

“He has also shown himself to be compliant and co-operative with authority, which suggests that he will comply with licence conditions.

“A network of supportive friends in the community was also identified as a protective factor.”

Announcing the decision of an independent panel at the end of last year, the Parole Board said: “We can confirm that a panel of the Parole Board has directed the release of David McGreavy following an oral hearing.

“Parole Board decisions are solely focused on whether a prisoner would represent a significant risk to the public after release.

“The panel will have carefully looked at a whole range of evidence, including details of the original evidence and any evidence of behaviour change.

Parole Board release decisions are sent to the Ministry of Justice, which arranges the physical release of prisoners.