Video from Texas in the US shows a vast lightning storm breaking over the city of Austin.

Ryan Bilawsky captured the footage on Sunday from his hometown of Spicewood, 35 miles northwest of the city, using the slow motion feature on his mobile phone.

Mr Bilawsky, 28, set up his iPhone XS on a tripod after the heavy storm had passed over his town, heading south-east.

"We had multiple tornado, high-wind and flash flooding warnings going off all night due to the severity of the storm," the professional photographer told the Press Association. 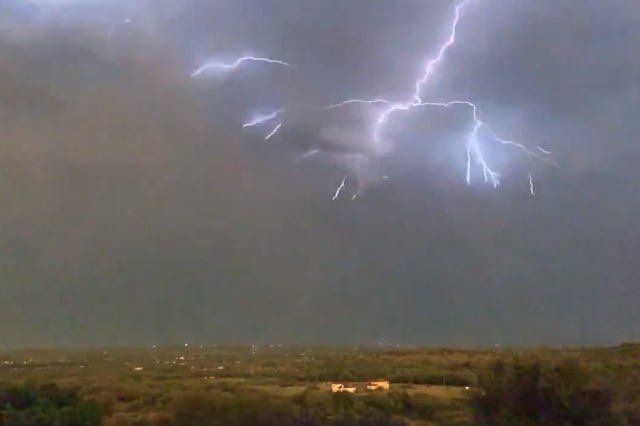 "One tornado had touched down about five miles from my home as well.

"The lightning was very intense all throughout the storm, but as it made its way south the lightning never seemed to disperse."

Mr Bilawsky said he was about to pack up his things but decided to film for a few more minutes, capturing the forked lightning seen in the video at 7.30pm on Sunday.