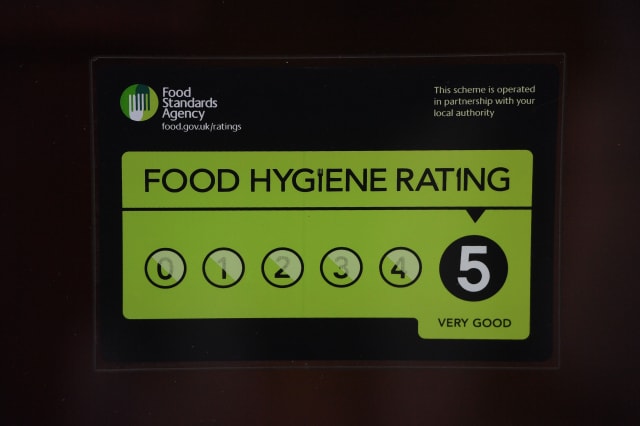 Regulation to ensure food safety is showing “signs of strain” as local authorities cut staff and delay checks, a spending watchdog has found.

Despite the potential for “catastrophic consequences” from safety failures, spending on food hygiene by local authorities fell by an estimated 19% between 2012-13 and 2017-18 because of funding pressures, the National Audit Office (NAO) said.

Cuts to food hygiene and standards staff had led to some local authorities failing to meet their legal responsibilities to ensure businesses comply with the law, the report said.

Less than half the food standards checks due between 2012 and 2018 to ensure products were as described took place over this period.

Nevertheless, most food businesses were meeting hygiene requirements, and levels of major food-borne illnesses had been broadly stable.

The NAO said consumers needed better information about the food they eat, with only 52% of food businesses in England displaying hygiene ratings in their premises.

The public also remained unclear about the information outlets should provide on allergens in their products.

Around one million people in the UK suffer an illness from food each year, potentially costing £1 billion in loss of earnings, hospital admissions and the impact on individual well-being.

Pressure on the regulatory system came amid increased challenges as the UK moves towards new trading relationships as it leaves the EU, the NAO found.

The Food Standards Agency (FSA) told the watchdog it was struggling to progress its reforms because of the impact of Brexit on the parliamentary timetable – of particular concern because new trading patterns could increase the risk of food safety incidents.

The FSA spent £6.2 million of its budget on Brexit preparations and received £15 million of additional funding, and had built its capacity to deal with food incidents if the UK loses access to EU systems and networks.

But the NAO said it had not seen evidence of joined-up strategic thinking within government about the level of funding needed for a sustainable system to protect UK consumers from future food risks, and how much local authorities and businesses should contribute.

Gareth Davies, the new head of the NAO, said: “The regulatory system is showing signs of strain with fewer food control staff in local authorities and delays in the checks they carry out on food businesses.

“This is at a time when the regulatory system faces increased challenges, particularly as we move towards new trading relationships after the UK leaves the EU.”

Public Accounts Committee chairwoman Meg Hillier said: “Food regulation, which is critical to ensuring food is safe, is under pressure. Worryingly some local authorities are failing to meet their statutory duties to ensure that food businesses comply with food laws and, more widely, the regulatory system is struggling to keep up with the pace of change.

“Consumers are being let down by a lack of information on the food they eat. It is not good enough that almost half of English businesses do not display ratings in their premises.

“The FSA must take urgent action, including to address the gaps in its ability to assess compliance with food safety standards and to ensure preparedness for different scenarios following Brexit.”

Simon Blackburn, chairman of the Local Government Association’s Safer and Stronger Communities Board, said councils had lost 60p out of every £1 they had from government to spend on services since 2010.

He said: “These significant funding cuts are affecting all council services – which include trading standards budgets and staffing being cut by around half since 2010 – and undoubtedly make it extremely difficult for some councils to maintain previous levels of food work, given the competing demands of areas such as social care, children’s services and homelessness.

“The NAO is right that there is a pressing need for government to come up with a sustainable funding model for food regulation, and for other vital areas of regulation. This either needs to be through businesses meeting the costs of regulation, or through councils being properly funded.”

FSA chief executive Jason Feeney said: “The recommendations in the report make good sense and I am pleased that we are already taking steps to address the proposals aimed specifically at us in the report.

“We’re delighted that the NAO supports our aim to introduce mandatory display of hygiene ratings in food businesses in England, and we are making firm plans to provide our Food Crime Unit with the powers it needs to work independently.

“As also recommended in the report, we will work very closely with other parts of government to determine the level of government funding required to ensure food safety and standards and post EU Exit will evaluate with other government departments the medium and longer-term impacts on the food regulation system.”