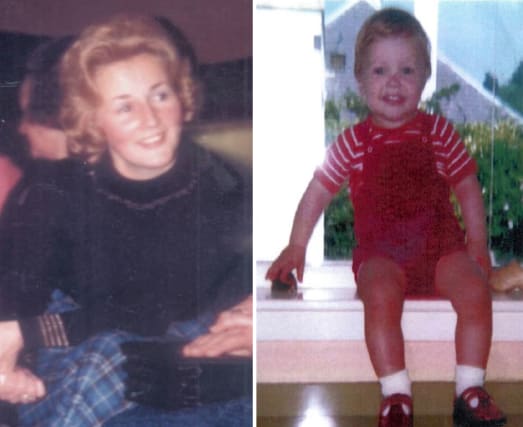 A quarry has been drained of water allowing police to look for new leads in the search for a mother and son who disappeared more than 40 years ago.

Renee MacRae and three-year-old Andrew were last seen driving out of Inverness on November 12, 1976.

The 36-year-old mother-of-two’s BMW was found burned out in a lay-by on the A9 near Dalmagarry, 12 miles south of the city, but the pair were not seen again.

Officers have now begun searching Leanach Quarry, which has been drained of water, in the latest development of what police are treating as a murder investigation.

The site was previously deemed too dangerous to use divers but police are “extremely confident that vital evidence” will be found after what has been described as “fantastic progress”.

DI Brian Geddes said: “The team involved at Leanach Quarry have put in an incredible amount of work and their tireless efforts mean we have now started the detailed searching phase of the operation.

“Pumping the water clear was a huge challenge, but we have made fantastic progress in a very short time.

“Silt and debris from the bottom of the quarry are now being removed by lorry to undergo forensic tests at another location.

“The whole team remains extremely confident that vital evidence we believe was hidden in Leanach will be recovered in the coming weeks.

“I want to reassure the family and friends of Renee and Andrew that we will not be leaving here until every last inch is searched.”

In 2004, a full cold case review resulted in a month-long excavation of Dalmagarry Quarry.

Several days were spent at Leanach Quarry last October when officers released an image of young Andrew around the time of what would be his 45th birthday.

A picture of a Silver Cross pushchair, identical to the one used by Ms MacRae for her son, was also released.

It was believed to have been with them when they went missing although it too was never recovered.

Anyone who believes they can help police is asked to contact 101, e-mail a dedicated inbox at SCDHOLMESInverness@scotland.pnn.police.uk or contact Crimestoppers anonymously on 0800 555 111.