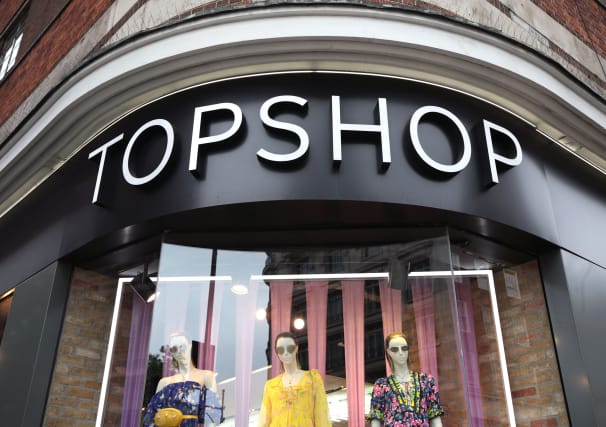 Sir Philip Green has proposed concessions for landlords in a last-minute deal to shore up support for his retail empire’s restructuring plans.

Under the initial proposals, shop-owners were facing rent reductions of between 30% and 70%. This will now be reduced to a range of 25% to 50%.

Lady Green, the group’s shareholder, will fund the difference to the tune of £9.5 million initially.

It is expected that the total cost will be about £30 million over the next three years.

Ian Grabiner, chief executive of Arcadia, said: “Having already secured the support of our pensions trustees, trade creditors and a significant number of landlords, we hope these final revised terms will ensure the majority of landlords support the CVA at next week’s vote.

“Their support is vital for the long-term sustainability of the group, our 18,000 employees and our extensive network of loyal suppliers.”

It comes after Wednesday’s meeting to vote on seven company voluntary arrangements (CVAs) was suspended to give Arcadia more time to negotiate with landlords.

Votes had already been cast on the proposals, but many landlords opposed the changes, leaving the future of several retail brands and their 18,000 employees in doubt.

The meeting is due to reconvene on June 12, when the CVAs which did not previously have enough support will be voted on again.

At least one CVA is understood to already have sufficient support after the Pensions Regulator (TPR) agreed fresh terms for protecting Arcadia’s pension fund.

But Sir Philip’s long-time critic Frank Field warned on Friday against repeating “mistakes of the past” as he questioned whether the current arrangements were enough.

In a letter to TPR the MP said there still appears to be a “substantial deficit” in Arcadia’s pension schemes.

On Tuesday, Arcadia agreed to back the schemes with an additional £25 million in the form of asset security.

This was on top of the £100 million which Lady Green had previously pledged to inject into the scheme, as well as £185 million of asset securities.

Arcadia will also pay £25 million a year into the scheme over three years.

Mr Field, who chairs parliament’s Work and Pensions Select Committee, said the adjournment of the CVA vote this week was a “useful opportunity for us all to reflect on the CVA proposals”.

“You will understand that, given our experience with BHS, we are very keen indeed not to see a repeat of the mistakes of the past,” he said.

He asked the pensions watchdog to provide further details of its agreement with Arcadia ahead of the next CVA meeting.

TPR said following the adjournment: “We will be working closely with the company, pension scheme trustees and the PPF to understand any changes to the CVA proposals and whether there are implications for the scheme to ensure members are properly protected.

“We will not be commenting further at this stage.”