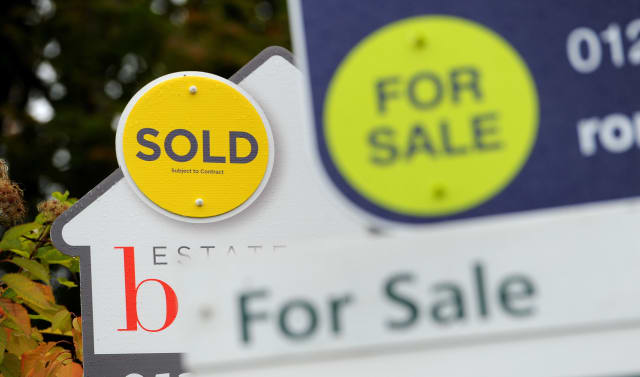 Annual house price growth accelerated to its highest levels in more than two years in May, according to an index.

It was the highest annual upswing since a 5.7% increase in January 2017, Halifax said.

The 5.2% annual increase in May, which followed a 5% rise in April, corresponds with a particularly low house price growth rate during the same period in 2018. This has had an impact on year-on-year comparisons, the report said.

Russell Galley, managing director, Halifax, said: “We saw a slight increase in house prices between April and May, but the overall message is one of stability.

“Despite the ongoing political and economic uncertainty, underlying conditions in the broader economy continue to underpin the housing market, particularly the twin factors of high employment and low interest rates.

“This is supported by industry-wide figures which suggest no real change in the number of homes being sold month-to-month, while Bank of England data show the number of mortgages being approved rose by almost 6% in April, reversing the softness seen in the previous month.”

He said that while current conditions in the housing market may help first-time buyers, existing home owners “will doubtless be considering long-term house price growth which continues to look subdued in comparison to recent years”.

Mr Galley said: “Looking ahead, we expect the current trend of stability based on high employment and low interest rates to persist over the coming months, though clearly any downturn in the wider economy would be keenly felt in the housing market.”

Economists said Halifax’s figures clash with some other reports which have indicated slower house price growth.

He said: “Regardless, we still expect year-over-year growth in house prices to strengthen to about 1.5% by the end of this year, given that households’ real incomes still are rising at a solid rate, while the recent decline in interest rate expectations should reduce mortgage rates soon.”

He said: “The majority of the current evidence across surveys points overwhelmingly to muted house prices – although some have come off their recent lows.”