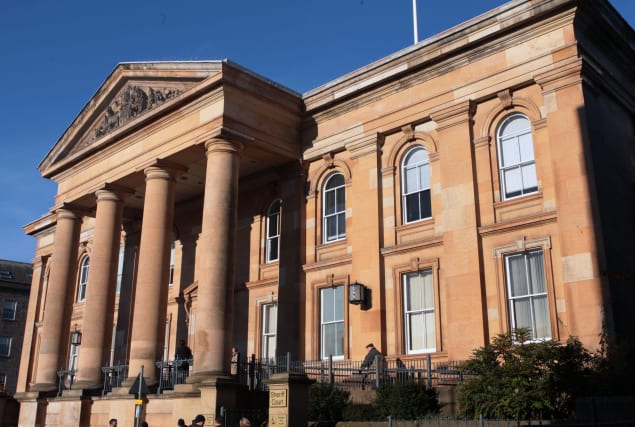 A man who put a toddler in a tumble dryer has been found guilty of the “monstrous” assault of the 13-month-old girl.

Thomas Dunn, 25, was looking after the child to give her teenage mother a break when he inflicted serious injuries on her at his flat in Arbroath, Angus, on January 8 last year.

When she later appeared unresponsive he took her to hospital where doctors discovered fractures to her skull, bruises and a bite mark on her arm.

Following a five-day trial at Dundee Sheriff Court, a jury found Dunn guilty of endangering the child’s life by repeatedly striking her on the head and body and striking her against an unknown object or objects.

He was also found guilty of culpable and reckless conduct over an earlier incident that saw him place the girl in a tumble dryer at his home, in the presence of the child’s mother.

Giving evidence during the trial, she said she heard a “thud” and turned around to see her in the machine with the door closed.

Referring to the later assault, Sheriff Alastair Brown told Dunn he “must have hit that little girl extremely hard at least twice” in order to inflict what were potentially life-threatening injuries.

He said it was “only by her good fortune and perhaps yours” that Dunn was not tried at the High Court of Justiciary on a charge of murder.

The Sheriff said he did not feel his sentencing powers were adequate to punish the “monstrous” assault and the tumble dryer charge, and the case would be referred to the High Court.

The Crown earlier dropped two further charges of assault, one on the girl and another on a young boy.