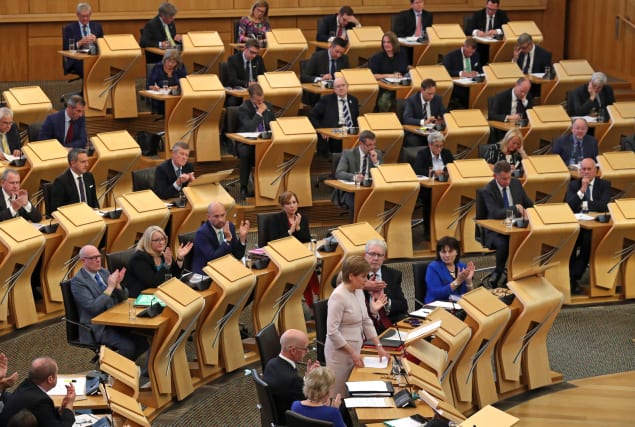 Hundreds of women are to take over Holyrood at a special event aimed at boosting the number of females involved in politics.

The Scottish Parliament is teaming up with women’s organisations to hold what has been described as a “day of action and inspiration” to try to tackle the gender gap in politics.

With Holyrood currently marking its 20th anniversary year, Deputy Presiding Officer Linda Fabiani said it was important to “look to the future and make sure that the Parliament is reflective of the communities that it serves”

It is hoped more than 400 women will take part in the Scotland’s Women Stand event, which is being held in September.

It has been organised by the non-party political Parliament Project, which aims to encourage more women to run for elected office across the UK, and YWCA Scotland, which represents young women.

Ms Fabiani said: “The Parliament wants to open its doors to over 400 women from across Scotland in a concerted day of action to support and inspire women to get involved in political life in Scotland.

“This event is for women up and down the country that have never thought about standing for political office, didn’t think it was for them and didn’t know that they had the power to make a positive difference to the lives of people in Scotland.”

And she called on “women from across Scotland and from all backgrounds and communities to get involved”.

Lee Chalmers, director of the Parliament Project stated: “We want this event to be a catalyst and an inspiration for women to get involved in politics, but also to equip them with valuable knowledge and skills.

“The Parliament Project has seen several participants in our programme go forward to stand for elected office and this is an opportunity for many more to begin that journey.

“More women as elected representatives is a change we need to support, and this event is a powerful moment in recognising that need, connecting women with a 400-strong group of their peers in Holyrood, a space of political power.”

YWCA Scotland director Patrycja Kupiec said: “We can’t wait to take over the Scottish Parliament on September 7 and we hope many women will be able to join us then.

“Our organisation has been advocating for voices of girls and women in Scotland to be heard, celebrated and respected for over 150 years, and we want to see equal representation in politics in 10 years not another 100 years.”