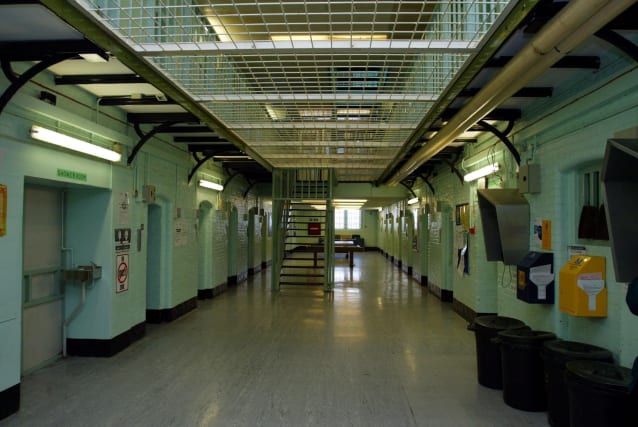 Courts must be able to retain the “final sanction” of being able to jail offenders, otherwise non-custodial sentences could be seen as “voluntary” by some, a judge has warned.

Lord Turnbull told MSPs that while criminals “almost inevitably” get a second chance if they breach a sentence such as a community payback order, there sometimes “comes a stage” where prison is the only option.

He spoke out as members of Holyrood’s Justice Committee considered Scottish Government plans to extend the presumption against the use of short-term prison stretches to sentences of up to a year.

Currently the presumption only applies to sentences of up to three months, but ministers propose increasing that to 12 months from this summer.

Lord Turnbull told the committee that while non-custodial sentences “work for a significant number of the offending population, they don’t work for others”.

And he questioned “what is the court to do at the end of the day” when criminals fail to comply with alternatives to prison.

“If they simply decline to do that, what is the court to do, is it to be left with no sanction?”

In these circumstances, Lord Turnbull said: “There is a risk at least that non-custodial sentences come to be portrayed as sentences which are voluntary and it is a matter for the offender whether to comply or not.”

He added this would “undermine the confidence the public had in the use of those disposals by the judiciary”.

Lord Turnbull said: “I understand you need to support people who are given non-custodial sentences, but if the court doesn’t retain a final sanction I think somebody would need to explain to me what it was supposed to do in that situation.”

With sentences often reduced by up to a third if offenders plead guilty, he said the presumption against short-term jail stretches could apply in cases where the offender could be sentenced to up to 18 months in prison.

This could impact on sentences for crimes such as causing death by careless driving, possession of knives and other offensive weapons, possession of indecent images of children, sexual offences, assaults and cases of multiple housebreaking, the judge added.

But he told the committee he thought it was “quite unlikely” that in cases such as this, offenders would be given a non-prison sentence.

He stated: “If the sentencer concludes the sentence of the court ought to be around 15 months’ imprisonment, and then discounts by one third to bring it down to 10 in light of the early plea, he will then have to apply his mind to the question of whether or not despite the presumption, a sentence of imprisonment of that sort still remains the only appropriate sentence.

“We will have to wait and see what individual sentencers decide in that situation.

“But I would have thought if the sentencer starts off with the conclusion that a sentence in the region of 15 months is the only appropriate sentence, he is quite unlikely to change his or her mind once he applies the discount and realises he’s got to take account of the presumption.

“Yes, he will think again, but is he likely to come to a different conclusion? I’m not so sure.”