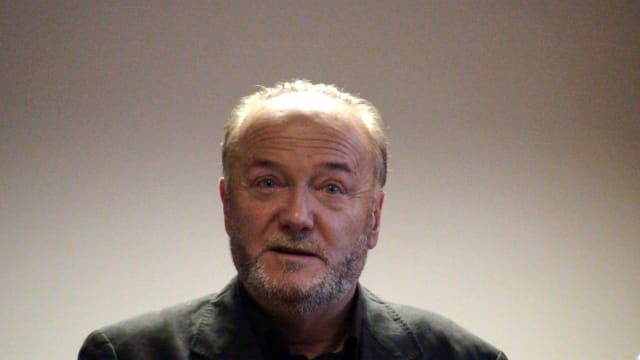 Galloway was sacked by TalkRadio after celebrating the defeat of Tottenham in the Champions League final as it prevented “Israel flags on the cup”.

Mr Watson welcomed the dismissal of the radio host and former MP and decried his “hate-fuelled” comments.

The shadow media minister told the Press Association: “It is right that TalkRadio have cancelled George Galloway’s radio show after his latest hate-fuelled remarks.

“There can be no place for this hatred in our society.

“We must stand together against bigotry and in solidarity with the Jewish community.

“I welcome the decision to take a voice that thrives on division off the air.”

Tottenham are known for having historically significant support from the Jewish community.

Galloway’s employer TalkRadio labelled the host’s celebration of their loss anti-Semitic, and announced that it had severed ties with the presenter of The Mother Of All Talk Shows programme.

In a statement, the station said: “TalkRadio has terminated George Galloway’s weekly show with immediate effect. As a fair and balanced news provider, TalkRadio does not tolerate anti-Semitic views.”

Galloway had posted following Liverpool’s victory in the final in Madrid: “Congratulations to the great people of Liverpool to the memory of the socialist miner Bill Shankley to the fallen 96 to those who fought for justice for them and to the Liverpool dockers. No Israel flags on the Cup!”

The former Labour and Respect Party politician said he would see his former employer in court following the news of his sacking.

He also declared his support for Palestine.

In a string of tweets following his dismissal, he said: “I’ve just been sacked by @talkRADIO See you in Court guys. #Palestine #Moats Long live Palestine.”

He then added: “I’ve been given a Red Card from @talkRADIO for ‘over-celebrating’ #Liverpool famous victory over Spurs. Not sure it’s the wisest move Mr Murdoch’s team ever made given the history and all.”

She added: “We also applaud TalkRadio for taking this poisonous and divisive figure off air.

“His attempt to bring hatred into a wonderful occasion for English football has attracted the derision it deserves.”