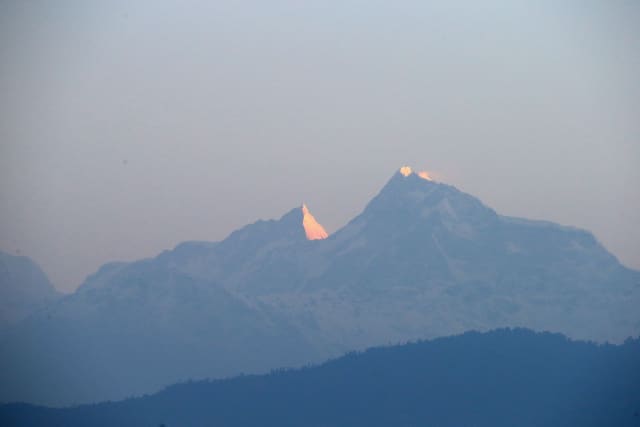 The family of a British mountain guide, who is missing along with the climbers he was leading in the Himalayas, have said they are “deeply saddened” after an avalanche on the mountain range.

Martin Moran, who is originally from Tyneside, was leading a party of eight who were attempting to reach the top of an unclimbed summit in a remote area.

While his family said it was “not entirely clear” what had happened to the group – which included another three British climbers – they said there was “clear evidence that a sizeable avalanche had occurred on the mountain”.

Mr Moran has been a mountain guide since 1985 and set up his company Moran Mountain, which is based in Strathcarron in the Highlands, together with his wife Joy –  with the couple’s grown up children Hazel and Alex both also working with the family business.

Searches have been taking place in a bid to find the missing climbers after the alarm was raised on Friday morning.

In a statement, the Moran family said: “We are deeply saddened by the tragic events unfolding in the Nanda Devi region of the Indian Himalayas.

“As a family, we share the same emotions that all next of kin are experiencing in not knowing the whereabouts or well-being of those closest to us.”

Academic Richard Payne from the University of York is believed to be among the group of missing climbers.

The university said it was “extremely concerned for his safety”, adding: “Our thoughts are with his family, friends and colleagues at this difficult time.”

The Moran family said the climbing group “had set out to attempt an unclimbed, unnamed summit, Peak 6477m, and the last contact intimated that all was well”.

They added: “It is not entirely clear what happened from this point onwards or indeed the timeline of events.

“We do know that a British mountain guide who was in the area leading a trekking group, as part of the same expedition, was informed that the climbing group had not returned to base camp as expected.

“He immediately went on the mountain to search for the missing climbers.

“There was clear evidence that a sizeable avalanche had occurred on the mountain and it seemed to be on or very near the route that would be taken by the climbing group.

“The mountain guide gave instructions to base camp to alert rescue authorities. The alarm was raised early on Friday morning, May 31.”

The Morans said they were “grateful to the Indian Mountaineering Foundation who are coordinating search and rescue efforts on the ground and in the air under extremely difficult conditions in a very remote area of the Himalayas”.

They added: “Today we have been informed by the Indian Mountaineering Federation that an air search by helicopter has revealed the scale of the avalanche but no sign of the climbers, their equipment nor their tents.

“We are pressing for the search area to be widened and continued until such time as firm evidence is found to ascertain the well-being or otherwise of all those in the climbing group.”

As well as four Britons, the group is thought to include two American climbers, one Australian and one person from India.

Climber Nigel Vardy, who has known Mr Moran for 20 years, described him as “an absolute professional and genuinely a really, really nice guy”.

He said: “Martin is a fantastic guy but if the weather and the conditions are not with you, then no matter how skilled you are the mountain is going to have its way.”

Mark Charlton, president of the British Association of Mountain Guides (BMG), said in a post on the organisation’s Facebook page that Mr Moran had been leading six clients and an Indian national.

“The BMG is assisting where possible and is in contact with the Indian authorities,” he said.

“At the moment this is all the information we have as communication is very difficult.”

A spokeswoman for the Foreign Office said: “We are in contact with the Indian authorities following reports that a number of British nationals are missing in the Indian Himalayas.

“We will do all we can to assist any British people who need our help.”