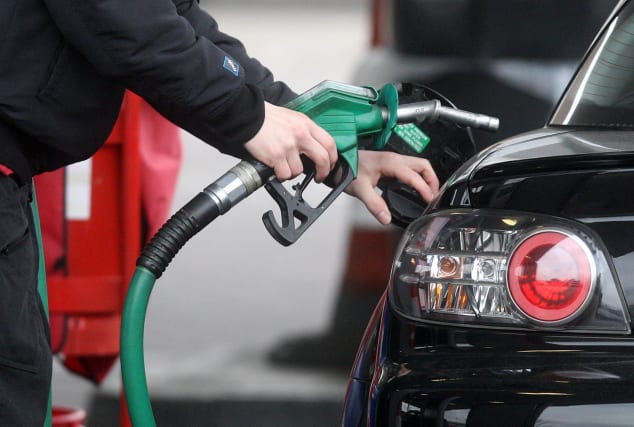 Chris Grayling has urged motorway service station fuel retailers to enable motorists to check the price of filling up before they travel.

The Transport Secretary wants motorists to be able to use a smartphone app or their sat navs to view prices so they can better plan motorway journeys and work out where to get the cheapest fuel.

He pledged to launch an urgent review to ensure drivers can “refuel affordably” unless retailers share live data on how much they are charging.

The Department for Transport would not be drawn on the potential outcome of such an inquiry.

RAC data shows the average price of a litre of petrol and diesel at motorway services is more expensive than the UK average by 17p and 19p respectively.

Mr Grayling said: “Fuel prices are highest on motorways, taking advantage of drivers who have less choice when it comes to shopping around.

“Accessing this data on a smartphone or sat nav means motorists can plan ahead and refuel safely at the best possible price.”

RAC fuel spokesman Simon Williams said: “While we welcome the idea of motorway fuel retailers sharing their pricing data in terms of better transparency, the reality is any app will only tell drivers what they already know – that motorway fuel prices are unbelievably expensive.

“Research we have conducted among drivers showed that nearly half (44%) would never buy fuel on the motorway anyway.

“Motorists would do better to research fuel prices before they set out and seek out a filling station that charges at or below the average price of fuel, something that we report on a daily basis through RAC Fuel Watch.”

Forecourt prices at five rest stops along the M5 between Bristol and Exeter were displayed in a scheme aimed at promoting competition.

But a report by government-owned Highways England found no evidence the signs reduced prices.

It emerged this week that motorists are being hit by the longest streak of weekly petrol price increases in three years.

The average price of petrol at UK forecourts has risen for 15 consecutive weeks to more than £1.29 per litre, according to data published by the Department for Business, Energy & Industrial Strategy.

Drivers of petrol cars have not faced such a prolonged rise in fuel bills since a run of 21 weekly increases which began in February 2016.

The current streak has hiked the cost of filling the tank of a typical 55-litre family petrol car by £5.60 since mid-February.

Both petrol and diesel prices are at a six-month high, with the latter costing an average of £1.36 per litre.