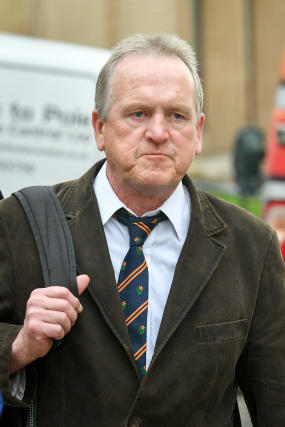 A man has successfully appealed against a conviction for racially harassing a black colleague after dressing up as a black and white minstrel at a work party.

Brian Davies, 62, had been ordered to pay £450 in February for blacking up his face and directing a “racist” song and dance routine at the woman.

On Thursday, Cardiff Crown Court said it could not be sure the maintenance engineer intended to be abusive to head chef Loretta Doyley after the performance at the Priory Group Christmas party, and cleared him of racially aggravated threatening words or behaviour.

Judge David Wynn Morgan said the court “deplored” Davies’s actions, but concluded his intention was to “entertain and not cause upset”.

He said: “The court is not persuaded on the basis of the criminal burden and standard of proof that the appellant intended his behaviour to be threatening or abusive towards the complainant and that he intended and demonstrated hostility, or was motivated by hostility, towards her based upon her membership of a racial group different to his.

“The court does not, emphatically, condone the appellant’s behaviour. The court deplores it. The court found the experience of watching the recorded evidence excruciating.”

The judge said Davies was not “a man of profound, intelligence, wisdom or judgment”, and his song and dance routine was a “grotesque lapse of taste”.

The court previously heard Davies deny he knew The Black And White Minstrel Show which his routine derived from was today seen as “derogatory and demeaning to black people”.

He said: “It didn’t even cross my mind. I didn’t even think of anything racist. I just thought I was dressing up as something that used to be on telly on a Sunday night.”

The court was shown footage from the incident on December 20 at Cooper’s Carvery, with Davies wearing black face paint, white paint around his eyes and mouth, a straw boater hat, and swinging a cane while dancing and singing the song Mammy in the direction of Mrs Doyley.

Prosecutor Suzanne Payne had told Davies the show had not appeared on British television for years as it was deemed “derogatory and demeaning to black people”.

She said: “You could see as you were dancing and singing around her she was upset by you.

“You knew by dancing around singing that you were being abusive to her. And that was your intention.”

Mrs Doyley, who worked with Davies at Ty Catrin, a facility run by mental healthcare provider The Priory Group, said Davies had repeatedly asked her to go the Christmas party after she had initially declined.

She told the court: “I felt humiliated and wanted the floor to open up and swallow me.

“I felt because everyone was laughing I went into shock and I felt myself laughing as well, not because it was funny, I just didn’t know how else to act.”