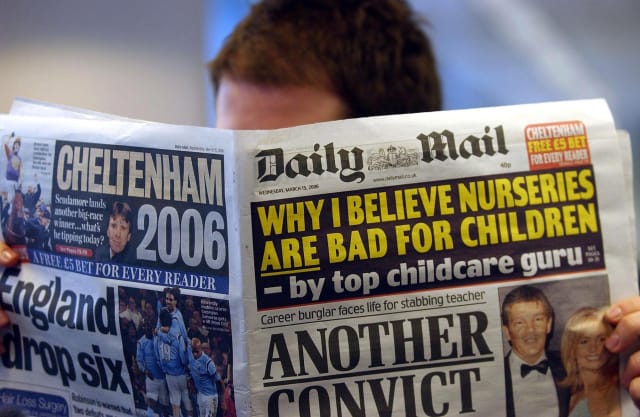 The owner of the Daily Mail has seen its shares surge after it said revenues for the full year could be higher than previously expected.

Daily Mail and General Trust (DMGT), owner of the Mail and other titles including Metro, raised its revenue outlook but also saw pre-tax profits more than halve as it reported its figures for the six months to March 2019.

Statutory pre-tax profits slumped by 55% to £50 million for the half-year, as it was hit by “a £72 million reduction in the share of profits from joint ventures and associates”.

Total revenues declined by 3% to £724 million for the period, due to the impact of disposals such as the sale of real estate data business EDR last year.

The company said it sold fewer newspapers during the six months, with circulation revenue slipping 2% to £144 million, as falling sales were partially offset by a 5p increase to 70p for weekday editions of the Mail.

Its Metro arm reported a 12% jump in revenues to £41 million, as it benefited from the integration of advertising operations with the Mail.

DMGT said it expects lower consumer media revenues for the second half of the year, but held firm on overall full-year profit expectations.

Chief executive Paul Zwillenberg said: “DMGT delivered a good performance in the first half of the year, achieving underlying growth in revenue, cash generation and profit.

“Consumer media delivered a particularly strong performance and we saw continued growth in our business-to-business portfolio.

“The board remains confident that the group’s strategy and strong balance sheet will, over the medium term, deliver consistent earnings growth to underpin DMGT’s long-standing commitment to sustainable annual real dividend growth.”