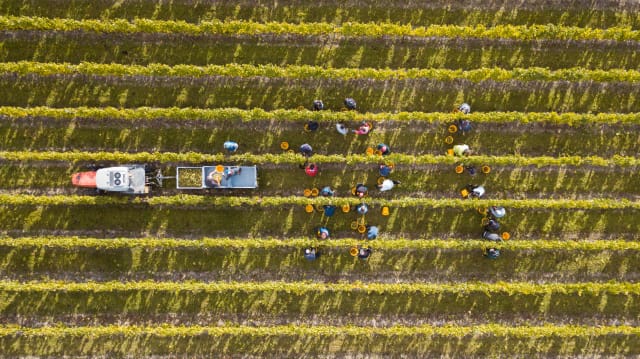 England’s biggest winemaker, Chapel Down, has reported another year of sales growth as it invested in measures to increase production.

Overall sales at the posterchild for English wine were up 10% to £13 million last year.

In wine and spirits, turnover leapt 11% to £8.98 million, while the beer and cider division posted a 10% increase to just over £4 million.

Underlying earnings on a like-for-like basis grew 18% to £1.14 million.

The group said it was continuing to reinvest in its brands, infrastructure and supply.

This includes the acquisition of an additional 388 acres of prime vineyard land, which will produce up to one million extra bottles of wine per year.

The company has also completed construction of a brewery for its Curious Brew beer brand which will bolster production.

In London, the Chapel Down Gin Works bar and restaurant in King’s Cross opened in January.

Chief executive Frazer Thompson said that, although the UK remains the company’s key market, it is “developing to become a player with serious potential in growth markets”. The firm said it is targeting export opportunities in several countries, especially the USA.

Commenting on the brand’s prospects in the coming year, Mr Thompson said: “The launch of Kits Coty premium wines and the consumer and trade interest in Chapel Down will continue to fuel the English wine market, interest in which shows no signs of abating, and we are planting for the future.

“We remain appropriately optimistic about continuing growth in sales in 2019.”