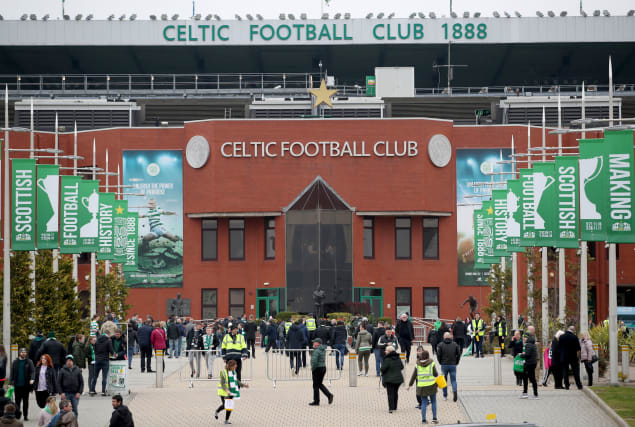 James Dornan and Professor Adam Tomkins both shared correspondence they sent to the club in the wake of former coach James McCafferty being jailed for more than six years.

A statement from Celtic after McCafferty’s sentencing expressed “regret and sorrow” to those affected by the actions of the paedophile and offered “sincere sympathy”.

Mr Dornan, MSP for Glasgow Cathcart, has now revealed he sent a letter to the club’s chief executive Peter Lawwell on May 16

The Celtic fan said it was “with great sadness” he felt “compelled” to write the letter, in which he said it was “in no way accurate” to say the relationship between Celtic FC and Celtic Boys Club was as separate entities.

He wrote: “Boys were sold the idea of playing for the Boys Club as having a foot into Celtic FC, this from Celtic scouts.

“The relationship between the coaches, including Messrs (Jim) Torbett and (Frank) Cairney and high-ranking Celtic officials, was clear for all to see.

“Every Celtic Boys Club annual event was full of Celtic players and officials, generally giving out the prizes to the lucky young players who saw themselves as close to signing or had already signed for the club.”

He added: “I accept that there may be some legal distance between the two but given what I and many others have seen Celtic have without doubt a moral responsibility to compensate for what happened under their watching eye.

“I urge you to take on this responsibility, not blame, apologise for what happened to these deeply damaged young men, accept you can’t undo what has been done and offer compensation for those who were treated in such a terrible way by people using, and abusing, the proud name of Celtic FC.

“After seeing the latest in a far too long line of Celtic Boys Club coaches being found guilty of the foulest abuses you continue to abrogate your responsibilities as you have to date on this issue then, in my view, you bring nothing but shame to the reputation of Celtic and the wider Celtic family.”

Mr Tomkins also called for a compensation package to be set up, citing Manchester City FC as an example.

In his letter, the Scottish Conservative MSP said: “Through a series of criminal trials we now know something of the scale of the abuse committed by a number of the men associated with Celtic boys’ club.

“These are no longer allegations – in the cases in question they have been proved in a court of law.

“What we do not know is what Celtic FC knew about these offences and when they knew it.

“These questions must now be independently and fully investigated and, if necessary, a compensation scheme should be established such as that set up earlier this year by Manchester City FC.

“Several constituents have contacted me in recent weeks about these matters, and their concerns must be addressed.”

A spokesman for Celtic said: “Celtic Football Club has already very publicly expressed its deep regret at the historical acts of abuse referred to in Mr Dornan’s letter and we reiterate that again today. We share his condemnation of the abuses which were perpetrated. Unfortunately – but for very strong legal reasons – the club was unable to respond to his letter.

“However, we believe that his attacks on the football club are unfair and misguided. We do not accept that we are not a caring club and we take all of our responsibilities very seriously – including those to the ongoing legal processes which unfortunately prevent us from saying more at present.

“We will continue to co-operate fully with the authorities and to meet all of our obligations.

“Celtic Football Club sincerely regrets that abuse occurred and we have great sympathy for the young people who suffered. Those who have come forward to report abuse and to give evidence have shown great courage. We have great respect and sympathy for them and their families as they continue to cope with the distressing effects of the abuse they suffered.

“The abuse of children is an issue affecting many areas of society, including a large number of football clubs, sports clubs, youth organisations, educational institutions and religious bodies across Britain.