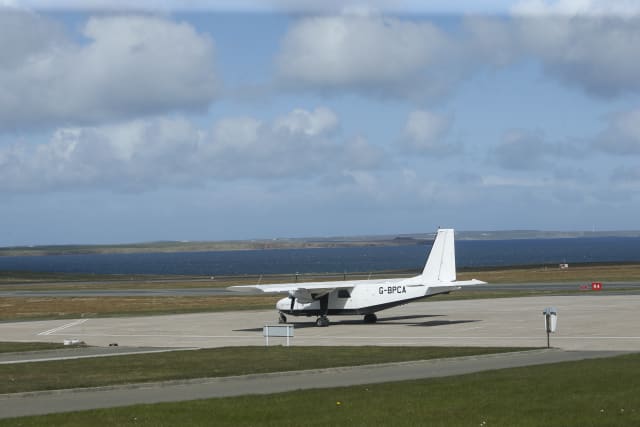 A second day of strike action by air traffic controllers has been announced in a move that could affect six regional airports in Scotland.

The Prospect union is seeking a 10% pay increase for staff, who will take industrial action again on Wednesday June 12.

Airports at Inverness, Dundee, Benbecula and Stornoway in the Outer Hebrides, Sumburgh in Shetland and Kirkwall in Orkney first shut on Thursday May 23.

He said: “Since the initial strike action we have received no new offer from the employer, therefore our members have taken the decision to undertake a second day of strike action.

“The onus is now on Hial and Scottish Government ministers to engage seriously with this dispute and come up with a proposal that will resolve this issue.

“We remain willing to negotiate in good faith and hope that an acceptable solution can be found.”

But a statement from Inglis Lyon, Hial managing director, suggested a proposal was being prepared to be put forward to Prospect “early next week”.

He added it was “extremely disappointing” further strike action had been announced.

Mr Lyon said: “Prospect were advised this morning, Wednesday May 29, that Hial were preparing a further proposal which we hoped would resolve the current dispute and would be presented to them early next week.

“Our proposal recognises the skills of our air traffic control officers (ATCOs) and the importance of delivering air traffic management services for the future.

“The proposal is within the flexibility granted by the Scottish Government to examine a retention allowance for ATCOs.

“We requested that Prospect suspend further dates for strike action to allow consultation on our offer to take place.”

He added: “It is extremely disappointing that the union has chosen to ignore our request and announce a further day of strike action on June 12.

“Our aim is to resolve this dispute as soon as possible and we will, of course, continue to engage with Prospect to consult on our proposal.”