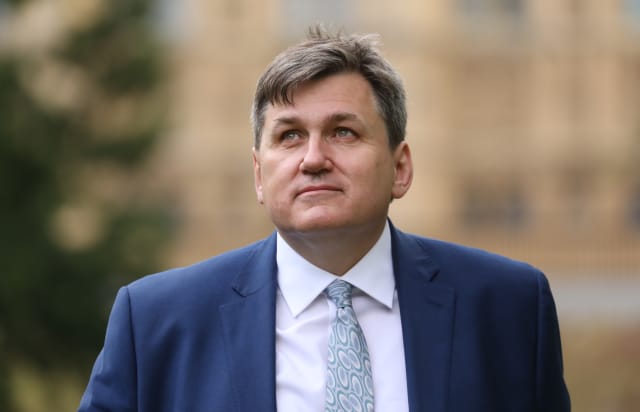 Kit Malthouse has launched his campaign for the leadership of the Conservative Party, claiming to be the only candidate with a track record in uniting Tories over Brexit.

The housing minister said Britain should adopt a new version of his so-called “Malthouse compromise”, a two-part Brexit plan that garnered the support of both Tory Brexiteers and Remainers in January.

He claims to have a “good number” of MPs privately backing him for the leadership.

“We’ve got to find a way to unite the Conservative Party to deliver a Brexit plan so we can move onto a really compelling, attractive domestic agenda that might command victory at a general election,” Mr Malthouse told the Press Association.

“One of the reasons that I’m running is that I’m the only person who has actually done that.”

The “compromise” named after him is divided into two parts, the first of which involves adjustments to the backstop and the creation of an “invisible” border in Northern Ireland.

The second element is a contingency plan that would manage the UK’s exit from the EU in the event of no deal, by creating an extended transition period during which the UK would continue to make payments to the EU.

The transition period under the original plan would have lasted until 2021, but Mr Malthouse said the new version was likely to be different.

“Since we did the first iteration of the Malthouse compromise, a lot of scar tissue has built up, a lot of water has flown under the bridge,” he said.

“So it does need some adjustment, but the fundamental two deal structure does still apply.”

Two MPs, Sarah Newton and Alex Burghart, have publicly declared support for Mr Malthouse’s campaign, but a “good number” have backed him for the leadership in private, he said.

“We’ve got a good number. There will be more people coming out this week, but for the moment we’ve declared two, to get us off the tracks,” he said.

“There’s obviously conversations to be had with colleagues across the piece.”

While Mr Malthouse admitted he was an outsider in the leadership race, which now has 10 contenders, he said there was “a hunger for someone new” in Number 10.

“People feel as if the current characters are somehow invested in the process and it’ll be hard for them to bring the kind of unity that we need not just in the party, but frankly in the country as a whole,” he said.

Asked if he would serve in a Boris Johnson cabinet, Mr Malthouse said it was “crazy” to rule out working with any other candidate at this stage.

“I would serve under anybody who’s elected as Prime Minister on the basis that they would unify the party,” he said.

“I think it’s crazy to make these decisions about particular candidates.

“All of us have a solemn duty to do our best for the country.”