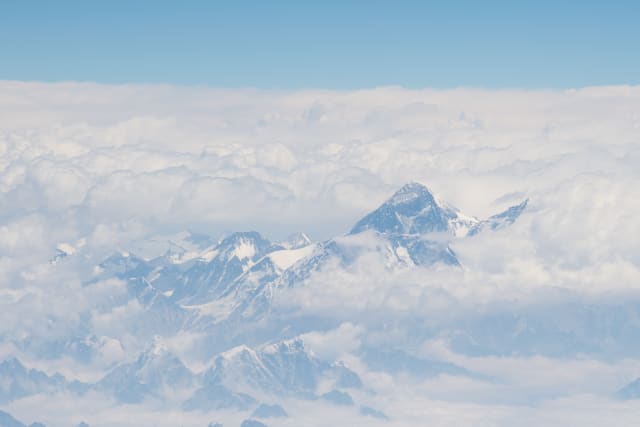 A British climber who died on the slopes of Mount Everest was an "aspirational adventurer" who still had many more dreams to fulfil, his family said.

Robin Haynes Fisher, 44, died on his descent after reaching the summit of the world's highest mountain.

Mr Fisher, who was born in Burton-upon-Trent and lived in Birmingham, is one of at least seven climbers to die on its treacherous slopes in the past two weeks.

He was described as an "aspirational adventurer" who "lived life to the full" in a statement from his family.

They said: "He achieved so much in his short life, climbing Mont Blanc, Aconcagua and Everest.

"He was a 'tough guy', triathlete, and marathoner. A champion for vegetarianism, published author, and a cultured theatre-goer, lover of Shakespeare.

"We are deeply saddened by his loss as he still had so many more adventures and dreams to fulfil.

"Every one who ever met him in any capacity will always remember the positive impact he had on their lives.

"Robin is a much loved and loving son, brother, partner, uncle, and friend."

A Foreign Office spokesman said: "We are in contact with relevant tour operators following reports that British climber has died on Mount Everest and are ready to provide support to the family."

A series of deaths have occurred on Everest over the last two weeks, amid concerns around overcrowding.

There are 41 teams with a total of 378 climbers permitted to scale the mountain during the spring climbing season in Nepal that begins around March and ends this month.

An equal number of Nepalese guides are helping them get to the summit.

Irish climber Kevin Hynes, 56, died in his tent at 7,000 metres in the early hours of Friday after turning back before reaching the summit.

The father-of-two was part of a group from UK-based climbing company 360 Expeditions which was attempting to scale the world's highest mountain.

His death comes a week after Trinity College professor Seamus (Shay) Lawless, aged 39 and from Bray, Co Wicklow, fell during his descent from the peak having achieved a lifetime ambition of reaching the summit.

The search for Mr Lawless has been called off.

An American climber, Austrian climber and two Indian climbers are also reported to have died.