Theresa May: Female MPs reflect on PM who led ‘in a man’s world’ 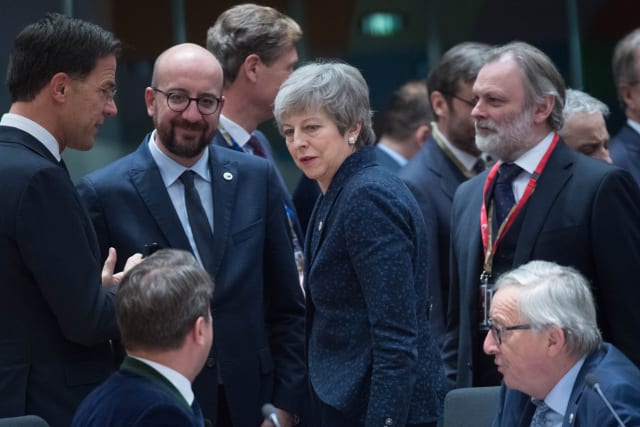 Women in politics have been reflecting on Theresa May’s impact as a female leader in “a man’s world” following her resignation.

Mrs May became only the second female PM in the country’s history when she took over from David Cameron in 2016, following in the footsteps of fellow Conservative Margaret Thatcher.

Labour MP Harriet Harman criticised the outgoing Prime Minister for leaving the UK “more divided and unequal”, but encouraged people to consider her “achievements not just failings… Esp when they are a woman in what’s still a man’s world”.

Conservative MP for Chelmsford Vicky Ford described Mrs May as “the most remarkable supporter of women coming into Parliament”.

Tory MP for Redditch Rachel Maclean tweeted: “I’ve been fortunate to have seen first-hand her support for women in public life and to have worked on her policies of ending domestic abuse and tackling the gender pay gap.”

Praise has not been forthcoming from all quarters, however. The Women’s Equality Party tweeted: “Theresa May leaves behind the devastating impacts of #austerity and #windrush inflicted on women and minorities.”

Mrs May has identified as a feminist in the past, and in 2010 became the first Tory to become minister for women and equality.

However, she was criticised in some quarters after she told BBC’s The One Show that her husband took out the bins, citing “boys jobs and girls jobs”.

She has also faced pressure to overturn restrictive abortion laws in Northern Ireland. Her Government says this is an issue for the devolved Stormont Government once it is restored.

Labour MP Jess Phillips also condemned the media for the nature of its reporting on Mrs May, tweeting she does not “give a toss about her effing shoes!! No one talked about Cameron’s combover”.

She also urged people to “stop going on about” Mrs May’s emotions.

The impact on the PM’s gender on the nature of the debate persisted right to the end of her leadership.

Labour MP Alison McGovern tweeted: “This splash says absolutely nothing about the future of our poor country and everything about Iain Duncan Smith who thinks it is ok to tell a woman she must be told what to do by her husband.”