New PM could face same Brussels barriers as May 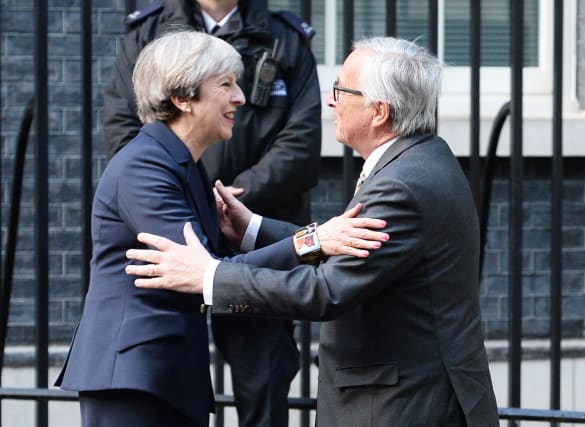 Brussels issued a stark message to whoever becomes the next prime minister, insisting the Brexit deal could not be rewritten.

The European Union has repeatedly said it would not reopen the legal text of the Withdrawal Agreement signed off by Theresa May and the 27 other leaders after protracted negotiations.

European Commission officials agreed that “nothing has changed” in relation to the status of the Brexit deal.

Commission spokeswoman Mina Andreeva added: “The president very much liked and appreciated working with Prime Minister May, and has said before, Theresa May is a woman of courage for whom he has great respect.

“He will equally respect and establish working relations with any new prime minister, whomever they may be, without stopping his conversations with Prime Minister May.”

But she stressed: “We have set out our position on the Withdrawal Agreement and on the political declaration.

“The European Commission and the Article 50 format has set out its position and we remain available for anyone who will be the new prime minister.”

Manfred Weber, an ally of German chancellor Angela Merkel and the centre-right’s lead candidate to replace Mr Juncker after the European elections, said Brexit was a “total disaster” but Mrs May “fought for a stable solution and a viable deal”.

In a message to her successor he said: “We hope once more for a constructive approach from our British partners.

“I appeal to the UK’s sense of responsibility and leadership in these times of great uncertainty.”

Dutch prime minister Mark Rutte stressed that the Withdrawal Agreement reached with the EU “remains on the table”.

Mrs Merkel’s spokeswoman, Martina Fietz, said the German chancellor noted Mrs May’s decision “with respect” and would continue to work closely with her successor for “an orderly exit.”

The EU’s chief Brexit negotiator, Michel Barnier, expressed his “full respect” for Mrs May and her “determination” to reach a Brexit deal.