Harry takes to polo field in Rome for charity match 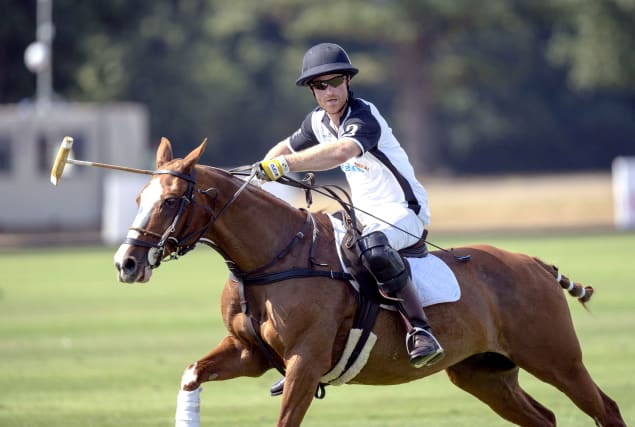 The Duke of Sussex will take to a polo field in Italy for his annual fundraising event in aid of his charity Sentebale.

Harry will travel to Rome for the Sentebale Polo Cup which will raise funds and awareness for the organisation’s work supporting children and young people living with HIV.

Sentebale was founded by the duke and Lesotho’s Prince Seeiso in 2006 to help the most vulnerable children and young people in southern Africa get support to lead healthy and productive lives.

Richard Miller, chief executive of Sentebale, thanked their sponsors and said: “Partnerships like these are invaluable to us being able to deliver quality programmes of education, care and psychosocial support to many young people whose lives have been affected by the HIV epidemic in southern Africa.”

Despite progress being made worldwide to combat the Aids epidemic, HIV remains one of the leading causes of death for adolescents in sub-Saharan Africa.

Three out of four new HIV infections among 15 to 19-year-olds are among young women, and stigma is a major factor preventing young people knowing their HIV status and accessing lifesaving treatment and care.

Over the last decade, Sentebale has scaled up its work in the southern African country of Lesotho and expanded into nearby Botswana, addressing the mental health and wellbeing of 10 to 19-year-olds who are struggling to come to terms with living with HIV.

In the last year 1,700 adolescents have attended residential week-long camps where they have a safe space to address their challenges, and today more than 4,600 young people living with HIV attend the charities monthly Saturday clubs.

The charity match, hosted by the Roma Polo Club, will see Harry play on the Sentebale St Regis team captained by Sentebale ambassador and professional player Nacho Figueras, against a US Polo Association team led by professional Malcolm Borwick.