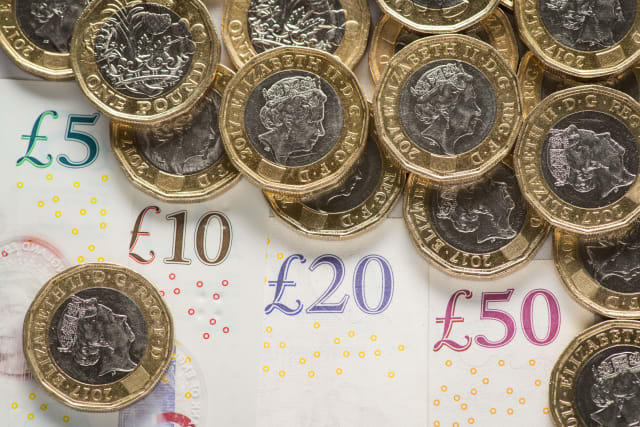 Children born today are the joint most-likely generation to face poverty at the start of their lives, according to research looking at trends over the past 60 years.

Meanwhile, pensioner poverty rates for those entering retirement now are down by two thirds compared with the 1980s peak, the Resolution Foundation said.

The report looks at relative poverty – which reflects the level of income other members of society have in a given year to calculate the proportion of people who are “financially left behind”.

Those defined as being in poverty have household incomes below 60% of the median average.

“Major progress” has been made on tackling pensioner poverty, a report looking at relative poverty over the past six decades, funded by the Nuffield Foundation, found.

But relative child poverty has been rising for people born over the last decade compared with their predecessors, following improvements seen in the mid-1990s and early 2000s, according to the Foundation, which aims to improve living standards for people on low to middle incomes.

According to its projections, children born between 2016 and 2020 are facing the joint-highest rates of early years poverty in 60 years, with more than 35% expected to be living in poverty at age two.

Meanwhile, millennials born between 1981 and 2000 are on course to face a jump in working-age poverty at up to 22%, according to the Generation of Poverty report.

Fahmida Rahman, a researcher at the Resolution Foundation, said: “The risk of poverty tends to be highest in early childhood or later retirement.

“But those risks have fluctuated over time.

“Policy makers must turn their attention to supporting young families, and they can start by reversing benefit policies that are currently increasing the risks and depths of child poverty for our very newest generation.”

Levels of relative poverty, after housing costs, for pensioners in their late 70s increased sharply in the 1980s and early 1990s, reaching nearly 45% at their height for the “greatest generation” who were born between 1911 and 1925.

However, pensioner poverty has since fallen rapidly, with relative poverty rates at age 70 more than halving to below 20% for the next generation of pensioners – the “silent generation” born between 1926 and 1945.

And the poverty rate for the baby boomer generation now entering retirement has fallen to 15%.

The Resolution Foundation said the significant fall in pensioner poverty is due to higher private incomes from private pensions and work, relatively low housing costs due to many older people being home owners, and policy changes such as the introduction of Pension Credit in the 2000s.

But while baby boomers generally are less likely to face poverty in retirement than previous generations, those in this generation who are living in the private rented sector still face higher poverty rates of 35%, the report said.