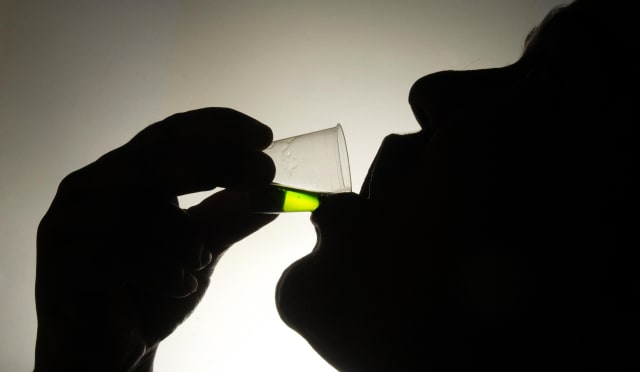 Drug addicts can stay on heroin replacement methadone for 30 years “walking around like zombies”, former users have told MPs.

A group of recovering addicts said instead of giving people methadone for lengthy periods of time more cash should be spent on rehabilitation services to help them try to get clean.

One former user, who was on methadone “on and off” for 19 years, also called for the decriminalisation of drugs, arguing such an approach had been successful in countries such as Portugal and Canada.

MPs on Westminster’s Scottish Affairs Committee are probing the issue as they consider what can be done to tackle the rising number of drugs deaths.

In 2017, a total of 934 people in Scotland lost their lives because of drugs, with the death toll for 2018 expected to exceed 1,000 when statistics are published later this year.

Scott Ferguson, 45, from Stirling told how he started abusing solvents at the age of 12 or 13, with this leading to a spiral of “chaotic” behaviour that resulted in him going into a children’s home.

There he started taking cannabis, telling the MPs: “Then I was off and running on the drugs scene.”

He said: “I think Portugal, Canada, they went down a very good route that they are decriminalising a lot of the drugs and it is working.

Getting drug users to take methadone every day is “holding them back”, he added, saying instead addicts should be prescribed buprenorphine – an alternative to methadone that can be given via weekly injections.

Colin Hepburn, another former drug user, told the committee: “Buprenorphine has got a better success rate in England than methadone has in Scotland.

“If Scotland can adopt the buprenorphine programme and get the same results as England is getting, then it takes away the whole stigma of methadone and it gives guys that stability to try to address their drug issues and therefore get a better quality of life.”

She told MPs that when she approached social services for help with her drug problem her children were removed from her.

“There’s people who have been on methadone since they were 15, 30 years now, there’s two generations in each family are either on methadone or a chaotic user,” she said.

She added: “I’ve not got a great opinion of methadone. I think done right, for a very short period time, it could work but I think there is a lot more and better ways to help somebody get past that stage.

“I took control of my detox, I was on methadone for three years, I was only a very low dosage compared to some people and reduced over two weeks.

“I was advised not to do it, I was told it would kill me but I did that.”

Meanwhile Hanna Snow, 26, from Aberdeen told how she went “cold turkey” on methadone herself by getting a family member to lock her in a house while she withdrew from the drug.

“My personal experience with coming off methadone was I came off it myself,” she said.

“I poured my methadone down the sink and I did it cold turkey. One of my family members locked me in a house for five days so I could go through the process.”

Ms Snow, who is now studying for a degree, told the MPs: “You are giving people methadone prescriptions and pumping people full and they are walking around like zombies.

“And they think that is OK. They’re feeding their misery.