Trump ‘to meet Charles’ during controversial state visit to UK 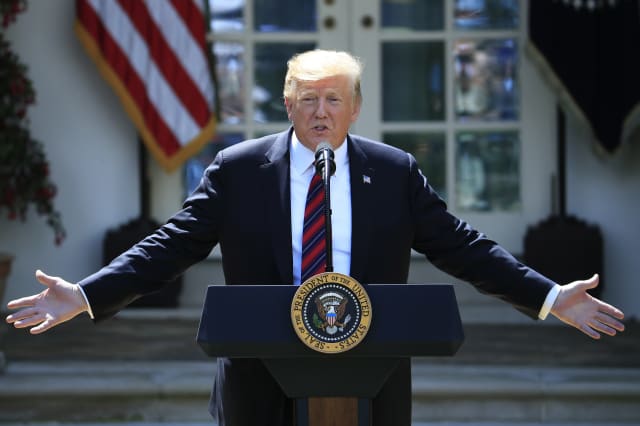 The Prince of Wales will meet Donald Trump during the US president’s state visit to the UK next month, it has been reported.

Charles and his wife Camilla, Duchess of Cornwall, will join Mr Trump for afternoon tea at their official residence Clarence House, according to American news channel CNN.

Mr Trump and his wife Melania will be guests of the Queen during his three-day visit, which begins on June 3.

His formal visit follows a working trip to the UK last summer that sparked demonstrations across the country.

Campaigners are again hoping to fly a blimp, depicting the US president as a nappy-wearing baby, over London after it was hoisted in Parliament Square during protests against the US leader’s last trip.

Charles and Mr Trump, who did not meet during the 2018 visit, are known to have contrasting views on the environment.

While the prince has called climate change “the wolf at the door”, Mr Trump has called it a “Chinese hoax” and “bullshit”.

The pair have encountered one another previously in New York during the prince’s 2005 tour to the US.

The US president is expected to hold a bilateral meeting with Prime Minister Theresa May during his trip in June and to attend a ceremony in Portsmouth to commemorate the 75th anniversary of D-Day.

Details of ceremonial elements of his visit have yet to be revealed, but it is likely to feature a state banquet.

Charles’s absence from such formal events has hit the headlines in the past.

In 2005, when the Chinese president Hu Jintao made a state visit to the UK, the prince was out of the country on a tour of the US on the night of the official dinner.

He also did not meet Mr Hu on the remaining two days of his visit.

Charles, a supporter of the Dalai Lama, had also been accused of boycotting a Chinese state visit to the UK in 1999 by failing to attend the return banquet held for then-president Jiang Zemin.

Charles and Camilla often meet and accompany heads of state to the ceremonial welcome with the Queen, as they did with then US president Barack Obama in 2011.

They also sometimes host visiting heads of state for tea at Clarence House.

A spokesman from Clarence House declined to comment on Mr Trump’s visit.