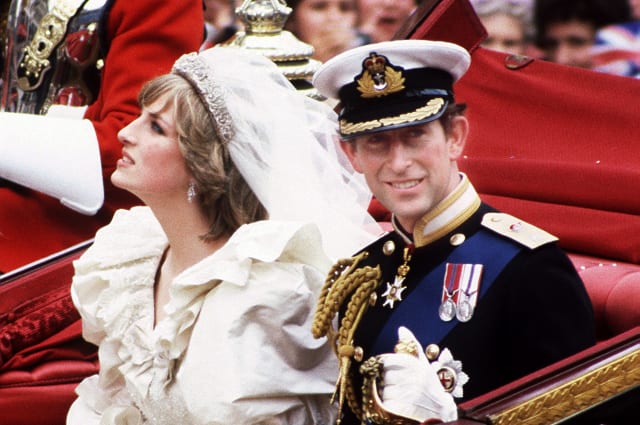 Princess Diana's wedding dress designer reveals the Queen asked him to hurry along the official photographs at the royal wedding because she was hungry.

Patrick Lichfield took the pictures at Buckingham Palace after the ceremony at St Paul's Cathedral and he was taking different shots of Prince Charles and Diana, with the train in and out.

Mr Emanuel remembers the Queen asked him whether he'd had a glass of champagne while they were waiting.

He says: "The whole Royal Family were there having a sip of champagne and I said "no" and in a second, I was given a glass of champagne. That was a kind gesture."

Then Her Majesty, then aged 55, came back to him and asked "Are they nearly finished?"

Mr Emanuel explained that Lichfield was still taking photos on the balcony, but asked the Queen if she wanted him to find out.

He adds: "The Queen wanted to have the bridal breakfast so I had to go to Patrick Lichfield and said 'How long are you going to be because Her Majesty needs to know?'

"And we had a giggle about that."

The wedding took place on Wednesday 29 July 1981 and was watched by a global TV audience of 750 million people.

Charles and Diana separated in 1992 and divorced in 1996 after fifteen years of marriage.

The princess was tragically killed in a car accident in Paris in 1997.