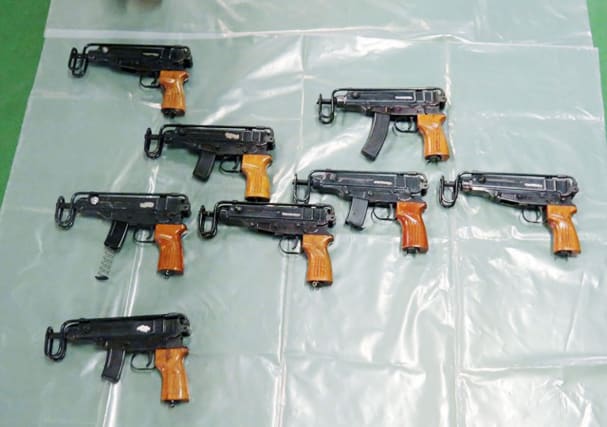 The former energy secretary accused Nigel Farage, Theresa May and Jeremy Corbyn of “playing into the hands of terrorists, murderers and drug traffickers”.

The EAW has been used to catch more than 15,000 suspected criminals and extradite more than 1,600 suspects from elsewhere in the EU to face justice in the UK since they were introduced in 2004, Lib Dem analysis shows.

“Brexit would turn the UK into a gangster’s paradise,” Sir Ed said.

“By pursuing a Brexit that would rob our police of the European Arrest Warrant, Nigel Farage, Theresa May and Jeremy Corbyn are playing into the hands of terrorists, murderers and drug traffickers.

“They will take us back to the days when Britain’s most-wanted criminals evaded justice by hiding out in Spain’s ‘Costa del Crime’. And they will make the UK the number one destination for Europe’s worst criminals.”

The EU’s chief Brexit negotiator Michel Barnier has made clear that “the UK cannot take part in the European Arrest Warrant” after Brexit, because it “is linked to the free movement of people”.

As Home Secretary, Mrs May called the European Arrest Warrant “a vital tool for ensuring that justice is done in this country and for keeping the British public safe” and warned that without it the UK could become “a honeypot for all of Europe’s criminals on the run from justice”.

But Mrs May, alongside Brexit Party leader Mr Farage and Labour leader Mr Corbyn, have all committed to end freedom of movement as part of the UK’s exit from EU, although the Labour leader has recently said the issue could be up for negotiation.

Sir Ed added: “We must keep the European Arrest Warrant that has put thousands of criminals behind bars, and the only way to do that is to stay in the EU.

“That’s why every vote for the Liberal Democrats is a vote to stop Brexit.

Based on National Crime Agency figures from the past five years, the Liberal Democrats have calculated that 22 suspects are extradited from the UK to other EU countries every week under the European Arrest Warrant, while three people a week are extradited to the UK from elsewhere in the EU.

A Labour party spokeswoman said the attack was a “complete misrepresentation” and Mr Corbyn had committed to “continued involvement” in the EAW.

She said: “Along with their Conservative coalition partners, the Lib Dems happily cut over 16,000 police officers between 2010 and 2015. So it’s a bit rich for them to lecture others about playing into the hands of criminals.

“This is a complete misrepresentation of Labour’s policy, which has consistently been to ensure that any Brexit deal contains unambiguous commitments on national security, including continued involvement in European Arrest Warrant arrangements and vital shared databases.”

The Brexit Party and Downing Street were contacted for comment.