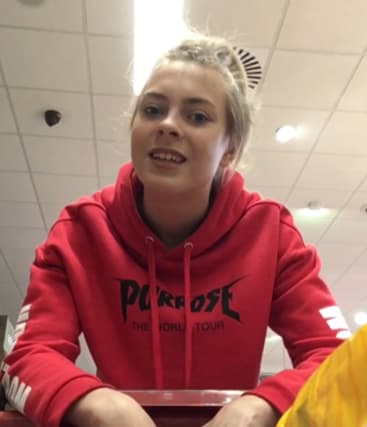 A boy on trial for allegedly murdering Ana Kriegel has told a court he initially refused to call for the schoolgirl when he was asked to by his co-accused on the day she went missing.

The jury at the Central Criminal Court in Dublin heard how he eventually agreed after his friend repeatedly asked him to call for the 14-year-old on his behalf.

Boy B was interviewed by detectives investigating the murder of Ana one week after her body was found in a derelict farmhouse in Lucan, Co Dublin in May last year.

In a video that was played to the court, the 14-year-old could be seen sitting next to his mother and solicitor as he was interviewed by detective garda Damien Gannon and detective garda Donal Daly on the morning of May 24 last year.

Asked if he could explain the difference between right and wrong, Boy B said right would be giving a homeless man money while wrong would be taking money from him.

The 14-year-old boys, who cannot be identified due to their age, are standing trial accused of her murder.

Boy A has pleaded not guilty to murder and sexual assault “involving serious violence” of the schoolgirl.

Boy B has pleaded not guilty to murder.

Mr Gannon told Boy B he wanted to hear from him and this was his opportunity to help establish the truth of what happened.

The officer showed Boy B an aerial view of a local park and asked him to point out several locations.

He pointed out Ana’s house, the gates to the park, the spot where he met Boy A, other parts of the park and a building he described as the “abandoned house”.

Boy B said the house had “burnt down a bit” and he had visited it once before with friends when they were out “exploring”.

He was also asked to recall the day Ana went missing on May 14.

The detective acknowledged it was 10 days ago but told Boy B he needed him to “try really hard”.

“This is your opportunity to tell the truth,” Mr Gannon said.

Boy B told the officers that after he returned home from school that day, Boy A called for him.

He said: “While I was in the bathroom (Boy A) called for me. I let him into my room so that we could chat.

“Around this time was when he asked me to call for Ana Kriegel.

“Around 4.30pm I went outside to sweep the paths in my garden. At around 4.45pm I was finished.

He then said at around 4.55pm he went to call for Ana.

Earlier on Monday, the court heard a number of items were seized from Boy B’s house including adhesive tape that was the same brand found around Ana’s neck.

The tape was found in the shed. Boy B’s father explained it was specialised tape used for insulation.