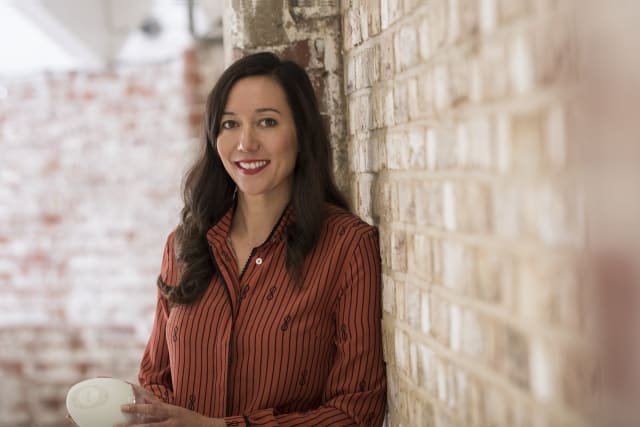 Fast-growing female health startup Elvie has said it would consider quitting the UK in the event of a damaging Brexit in the latest stark warning from London’s tech sector.

Elvie – which is backed by veteran City investor and former Conservative Party treasurer Michael Spencer – cautioned it could look to quit the UK for Europe if Brexit threatened to knock London’s international reputation and access to investment and talent.

Speaking to the Press Association, the group’s chief executive and co-founder Tania Boler said the UK is one of the “best places in the world for startups”, having recently secured the biggest ever femtech investment.

Elvie, which is behind the award-winning Kegel trainer and app that helps women strengthen their pelvic floor, completed a record 42 million US dollars (£33 million) funding round in April.

But Ms Boler said: “We are nimble and already quite international – if it is looking like Brexit will have a negative impact on the UK, we’d have to consider moving.”

She said there is “great talent” in London, though a third of Elvie’s staff are European.

Her comments come after recent survey data found one in four tech startups in London claimed to have lost out on investment as a direct result of Brexit.

Ms Boler said Elvie’s success in securing the bumper funding round shows that London “can compete with the US”, but the pioneering entrepreneur is mindful of Brexit and the impact it may have.

The group is fast becoming one of the UK’s big success stories in the so-called femtech sector.

Having completed its funding round – led by Mr Spencer’s private investment vehicle IPGL, with support from venture capital firms Octopus Ventures and Impact Ventures UK – the group is now planning to expand further internationally and boost its research and development capabilities.

Elvie wants to grow its reach and sales across the US and China, with plans to set up a team in China over the next year.

Ms Boler said the group is “ambitious”, with aims to become the first ever global women’s health tech brand.

“We want to be the Apple of women’s tech,” she said.

But her sights are not just set on women’s health and in five years, she wants to conquer all tech health issues.

“My idea is that when we have solved women’s health, then we will look at men’s health – they (men) talk about things even less than women.”

Elvie is forecasting revenues of £23 million in 2019, with soaring sales of its silent wearable breast pump for nursing mothers – the first product of its kind in the world.

It has already amassed an army of celebrity fans for its products – from Hollywood A-lister Gwyneth Paltrow and Khloe Kardashian to British TV presenter Davina McCall.

One of its successes so far was also having its breast pump – which was launched in 2018 – included in this year’s highly coveted Oscars goodie bag.

Ms Boler said with her global domination plans in sight, the group may at some stage consider strategic acquisitions or a stock market float.

But for now she said they are “building their in-house capabilities”, hiring more staff across its operations and growing overseas.

“Things are happening much faster than we thought they would,” she said.

“I’d say within two years, we’ll have cemented out position as the first ever global femtech brand.”