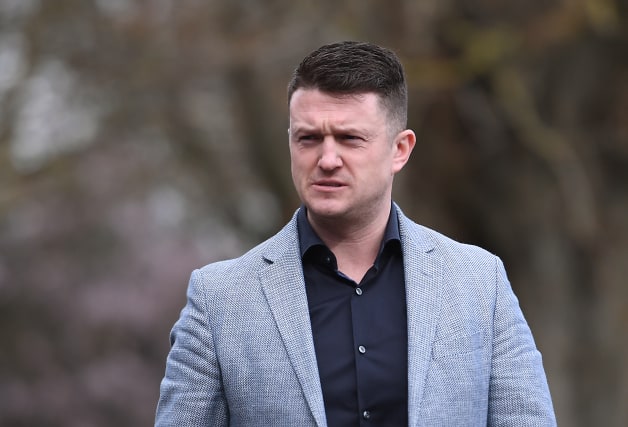 Tommy Robinson is being sued for £100,000 over comments about a Syrian refugee who was filmed being attacked in a school playground, the boy’s lawyer has said.

A video showing Jamal Hijazi, 16, being pushed to the ground and threatened with drowning at Almondbury School in Huddersfield provoked outrage and a flood of public sympathy after it was shared online last year.

English Defence League founder Robinson, 36, whose real name is Stephen Yaxley-Lennon, commented on the case in a series of Facebook posts.

Tasmine Akunjee, a lawyer representing Jamal, said his client lodged a claim against Yaxley-Lennon at the High Court on Wednesday.

“It is for defamation out of statements made by Yaxley-Lennon last year about Jamal Hijazi,” he said.

“He made some comments about Jamal being involved with attacks against young white girls at the school, which are untrue.

“Jamal suffered harm because of that, to his reputation, so he’s suing Yaxley-Lennon for that.”

Mr Akunjee said lawyers are asking for £100,000 in damages, adding that Robinson has 28 days to file a defence.

On Tuesday, High Court judges decided Robinson will face a fresh court hearing over an allegation of contempt of court, following an application by Attorney General Geoffrey Cox.

Robinson was jailed for 13 months in May last year after he filmed people involved in a criminal trial at Leeds Crown Court and broadcast the footage on social media.

The sentence included three months for a contempt at Canterbury Crown Court in May 2017, which was suspended at the time.

He served two months before being freed after a finding of contempt was overturned by the Court of Appeal.

Robinson could be sent back to jail if he is again found in contempt, which carries a maximum sentence of two years, at a hearing in July.