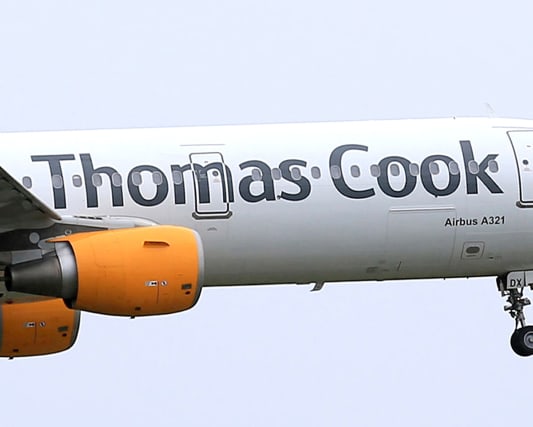 The group’s pre-tax losses widened from £303 million a year earlier, and the firm warned “challenging” trading over the peak summer season was set to put the full-year result under pressure.

It now expects underlying earnings to fall over the second half as holiday firms cut prices to boost Brexit-hit demand and costs of fuel and hotels rise.

Thomas Cook is planning further cost savings in the second half to offset tougher trading and higher fuel expenses, following its decision in March to shut 21 stores and axe more than 300 retail roles.

It also confirmed “multiple” bids have been made for all or part of its airline, which was put up for sale in February, and said it was assessing the bids.

Peter Fankhauser, chief executive of Thomas Cook, said: “The prolonged heatwave last summer and high prices in the Canaries reduced customer demand for winter sun, particularly in the Nordic region, while there is now little doubt that the Brexit process has led many UK customers to delay their holiday plans for this summer.”

He added: “As we look ahead to the remainder of the year, it’s clear that, notwithstanding our early decision to mitigate our exposure in the ‘lates’ market by reducing capacity, the continued competitive pressure resulting from consumer uncertainty is putting further pressure on margins.

“This, combined with higher fuel and hotel costs, is creating further headwinds to our progress over the remainder of the year.”