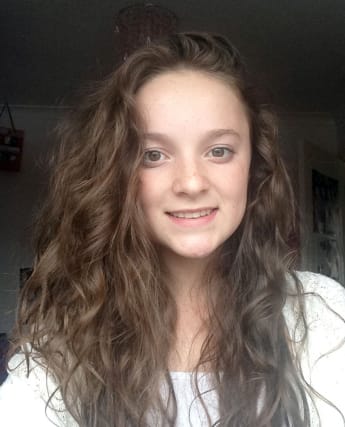 A takeaway boss found guilty of the manslaughter of a schoolgirl who suffered an allergic reaction to a meal containing peanut proteins has won an appeal against his conviction.

Mohammed Abdul Kuddus was handed a two-year jail sentence in November over the death of 15-year-old Megan Lee, who died from an asthma attack after eating food from the Royal Spice in her home town of Oswaldtwistle, Lancashire.

But Court of Appeal judges, sitting in London on Thursday, quashed his “unsafe” conviction for gross negligence manslaughter.

Nut allergy sufferer Megan and a friend ordered a meal online from the takeaway using the Just Eat website on December 30 2016, and wrote “prawns, nuts” in the comments section of the webpage.

Despite that, the food delivered, including a seekh kebab and a Peshwari naan, contained peanut proteins.

A Home Office pathologist concluded her death was caused by a fatal asthma attack precipitated by an allergic reaction to nuts.

Kuddus, the sole director of the takeaway, who also worked there as a chef, was convicted of manslaughter by a jury at Manchester Crown Court in October last year, along with manager Harun Rashid, who had previously sold the business to him.

Sir Brian Leveson, announcing the decision, said Megan’s order, including the comment about nuts and prawns, was seen by Rashid.

There was “no evidence” that the order printout or comments on her order were “seen by or passed on to” Kuddus.

Sir Brian said: “The difficulty with the approach in this case was that it was not suggested that the appellant was armed with notice that Megan fell into the category of those in respect of whom a reasonable person in the position of the appellant could have foreseen an obvious and serious risk of death by serving the food that he did.

“He knew nothing of the allergy which she had declared.

“In those circumstances, the conviction for gross negligence manslaughter cannot stand.”

Although the appeal judges overturned Kuddus’ conviction, Sir Brian warned: “There is now a general awareness of the potential risks to those who suffer from allergies and, as a result, it should be understood that the courts will rigorously scrutinise the way in which restaurants discharge the duty of care that they owe such customers.”

But Sir Brian said that the case against Kuddus, who spoke little English and had only taken over the restaurant from Rashid the previous year, “in circumstances in which Mr Rashid continued to manage it”, was based “solely upon his failure to introduce appropriate systems at a time when he knew nothing of prospective customers’ allergies”, and there was “no evidence that he was at any stage notified of Megan’s allergy”.

Rashid, of Rudd Street, Haslingden, was jailed for a total of three years.

He was found guilty of manslaughter, and also convicted of failing to discharge a general duty of employers, contrary to the Health and Safety at Work Act, and another count of failing to put in place, implement and maintain a permanent procedure or procedures in contravention of European Union food safety regulations.

He received concurrent jail terms of six months and four months for those offences.

Kuddus admitted those charges and was given concurrent sentences of five months and three months.

Sir Brian said no application had been made for a retrial against him on the manslaughter charge.