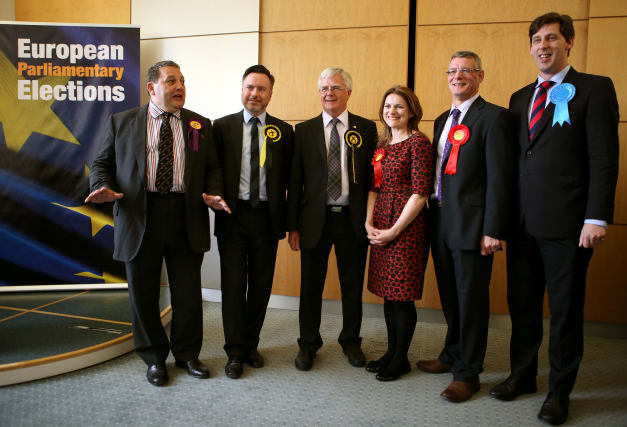 Keeping the UK in the European Union should be “non-negotiable”, a veteran Labour MEP has inisisted.

David Martin – the UK’s longest serving MEP – hit out at his party’s stance on Brexit, as he called on the public to elect “MEPs who believe in a better future leading and not leaving the EU”.

In an open letter to voters, which has been signed by four out of the seven Scottish Labour MPs, Mr Martin said it was in the country’s best interest to “continue to play an integral role at the heart of the European Union”.

Leader Jeremy Corbyn has been subjected to criticism from within the party for failing to take anti-Brexit stance.

The letter, published a week before the European Parliament elections are held on May 23, was signed by MPs Ian Murray, Martin Whitfield, Ged Killen and Paul Sweeney, along with Scottish Labour Euro candidate Callum O’Dwyer.

They stated: “As elected politicians we firmly believe that it is in the UK and Scotland’s best interest to continue to play an integral role at the heart of the European union. That is why the European Elections are so important.

“There is no doubt that the overriding issue at the moment is Brexit, but we must also be mindful as voters that we are electing our representatives in the European Parliament potentially for the next five years.

“We believe that remaining in the EU is non-negotiable and we will help deliver that through a public confirmatory vote on any deal agreed by parliament, to give you a final say. That is putting the national interest first and foremost.”

They added: “We believe in a public vote to allow revocation, renewal and reform.”