ScotRail delay compensation jumps more than 70% in a year 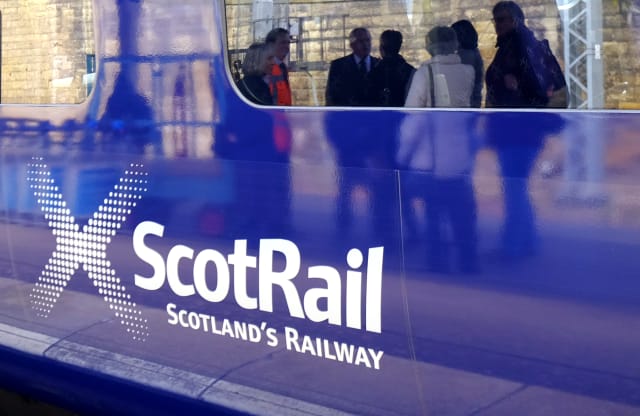 Compensation paid out for delayed journeys on Scotrail has risen more than 70% in a year, topping £1 million.

In 2018/19 the rail operator paid £1,119,818 under its Delay Repay scheme, which passengers qualify for if their train was delayed by 30 minutes or more or if they miss a connection due to a ScotRail delay.

Mr Rumbles said: “It won’t come as a surprise to anyone that, after the worst performance record for over a decade, ScotRail was forced to pay out over £1 million in compensation last year.

“That is a huge increase on previous years.

“It is clear that the system is set up to deter people from claiming the money they are owed.

“I have no doubt that there will be thousands of passengers who have been left out-of-pocket but didn’t bother to claim after having their service delayed or cancelled.”

He called for Scotland’s rail franchise to be removed from the current operator.

Mr Matheson told Mr Rumbles: “It is not possible accurately to determine how much compensation is unclaimed.”

He added: “Compensation is straightforward to claim by using the ScotRail app or at staffed stations and ScotRail’s website provides details of additional compensation that passengers may claim.”

A ScotRail spokesman said: “We are absolutely committed to providing the best possible service for our customers and our Delay Repay Guarantee is at the heart of that approach.

“We know how much of an inconvenience it is to customers when things don’t go to plan, and it is only right that they are compensated when that happens.

“The Delay Repay system is easy to use and we regularly remind our customers to claim for compensation if their journey is delayed by 30 minutes or more.”

A Transport Scotland spokeswoman said: “It is only right that passengers are compensated when their rail journey is delayed.

“As part of the franchise agreement, we secured a clear and straightforward Delay Repay process whereby passengers can claim compensation in the event that their service is subject to any delay lasting over 30 minutes.

“However, calls to rip-up the current contract now are short-sighted, not least in the expense this would bring to tax-payers and the disruptive impact it would have on passengers and staff alike without resolving the underlying problems that currently impact performance.”