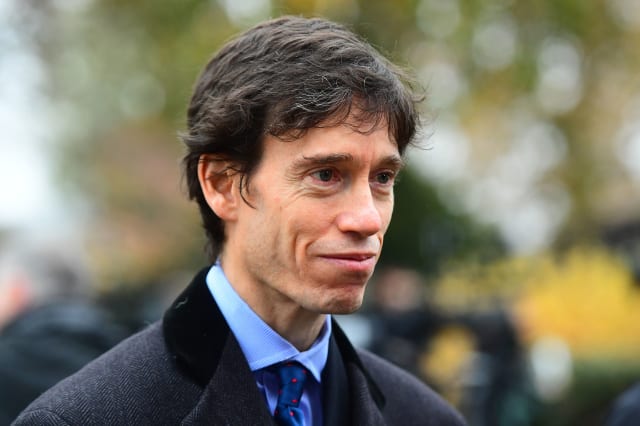 Theresa May announcing a date for stepping down would not make the “slightest difference” to Brexit negotiations, the international development secretary has said.

Rory Stewart called on parties to reach across the political divide and compromise to get the Prime Minister’s Brexit deal through so that the country can move on to dealing with issues such as climate change, international development and housing.

He said that the problem is not the Prime Minister but Brexit itself, which has left the country “split absolutely down the middle”.

Mrs May’s Withdrawal Agreement Bill (WAB) will be brought to the Commons for the fourth time in early June.

Asked whether it would pass, Mr Stewart told the Press Association: “I think literally anybody who pretends they can prophesy what is going to happen with Brexit is fooling you.

“The reality is that it seems to be checkmate in every direction.

“My instinct is we’ve just got to get this through by hook or by crook, there’s got to be some way of driving this thing through because this is not good for business, it’s not good for citizens.

“We’re stuck in a kind of limbo, people voted to leave, some people disagree with that, I voted to remain but in the end the majority voted to leave and we have to get on and deliver that

“I’m arguing about getting this deal done so that we can move on to other things, to the climate, to the environment, to international development, to sorting out housing in the United Kingdom.

He said the deal was a “skilfully negotiated thing” and called on other parties to support it.

Mr Stewart was speaking on a visit to the Department for International Development in East Kilbride to meet staff, his first visit since being appointed international development secretary in a reshuffle on May 1, following Gavin Williamson’s sacking as defence secretary.

Some senior Tories are demanding Mrs May sets a firm resignation date, however Mr Stewart said he doesn’t think this would affect the negotiations.

He said: “I don’t think the MP setting a date when she is going to leave makes the slightest difference.  People said it would be two months ago when she announced that she was stepping down and it didn’t help her get votes through the House of Commons.

“The problem is the country is split absolutely down the middle – Scotland against England , London against the north, young people against old and it’s a very divided, fractious issue which is why we’ve got to get it resolved and move on.”

Mr Stewart also said that the world is facing a “climate cataclysm” and has pledged to tackle climate change in his new role.