May to become latest Tory PM ousted over Europe 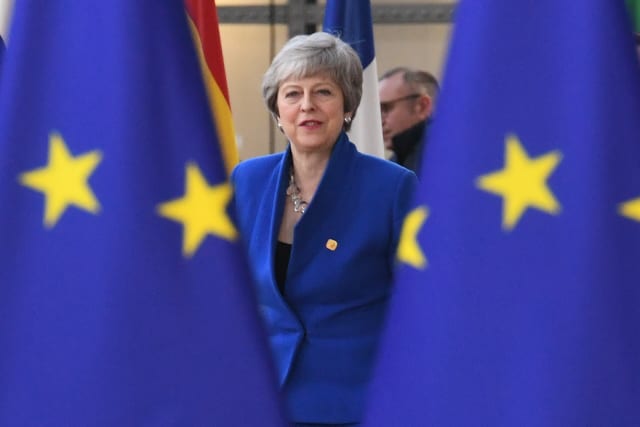 Theresa May will become the latest Tory prime minister to be brought down by the issue of Europe.

The dying days of her premiership will be dominated by the issue as she faces the same fate as David Cameron, Sir John Major and Margaret Thatcher before her.

After more than 11 years in office, Mrs Thatcher was forced out of Number 10 in November 1990. Although other issues, including the hugely divisive poll tax, played a part in her downfall, ultimately it was divisions over Europe which forced her out of office.

Geoffrey Howe’s resignation speech after quitting as deputy prime minister over Europe paved the way for Mrs Thatcher’s own departure within weeks. In a scathing statement, he told MPs “the prime minister’s perceived attitude towards Europe is running increasingly serious risks for the future of our nation” and he argued that her Eurosceptic approach was damaging efforts to cooperate with the European Economic Community.

Sir John faced huge problems with the Eurosceptic wing of the Tory Party, including three Cabinet ministers he called “bastards” in comments picked up by a TV microphone.

Sir John’s running battles with the Eurosceptics led him to issue a “put up or shut up” challenge, resigning as Tory leader to force a contest in 1995 in which he comfortably defeated John Redwood.

The divisions in his cabinet saw senior ministers, including close friend Michael Gove, campaign for Brexit as Mr Cameron fought on the Remain side.

To some extent it is a surprise she is still in Number 10, having survived a disastrous general election campaign and a botched attempt to oust her.

She has enraged Tory Eurosceptics with her Brexit deal, which they claim will keep the UK too closely aligned to Brussels.

Mrs May will have one last push to get her Brexit deal through the Commons in the week beginning June 3 and, after that, she will meet 1922 Committee chairman Sir Graham Brady to agree the timetable for her exit and the contest to replace her.

If Mrs May succeeds in getting her Withdrawal Agreement Bill through Parliament, then the UK will have left the European Union.

But her successor will still face lengthy negotiations with Brussels about the nature of the future UK-EU relationship, which many commentators believe will be more complicated than the divorce process.

If the Brexit deal has been rejected, whoever replaces the Prime Minister will still have the task of getting the UK out of the EU, with the same challenging parliamentary arithmetic that prevented her from succeeding.

Either way, managing a party so deeply split will provide a test every bit as difficult as that which faced Mrs May and her predecessors.