Farage vows to hasten end of May’s ‘rather sad premiership’ 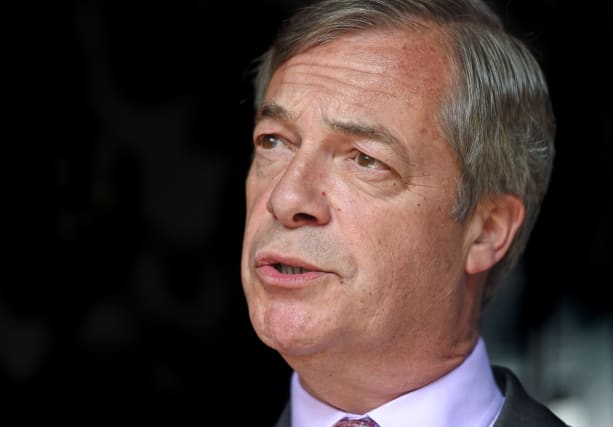 Nigel Farage has vowed to hasten Theresa May’s exit from Number 10 by winning the European elections with his Brexit Party.

With his party riding high in the opinion polls, Mr Farage predicted that success would add to pressure on the Government to back a no-deal Brexit.

He dismissed Mrs May’s chances of getting her Brexit deal through Parliament, saying a showdown planned for next month would be “the last act of her rather sad premiership”.

The Prime Minister will meet Tory 1922 Committee chairman Sir Graham Brady to set out the timetable for her exit after the vote on the Brexit legislation in early June, with defeat likely to accelerate her departure from Number 10.

Mr Farage told the Press Association: “The plan is to top the poll.

“The plan is to put leaving on WTO terms back on the agenda. The plan is to hasten the exit of Mrs May, who has not played straight with the British electorate.

“And the plan also is to get people from the Brexit Party as part of the Government’s negotiating team as we head up to October 31.”

“Right now, the only way that the democratic will of the people can be delivered is to leave on WTO terms.”

Conservatives fear a mauling at the European elections, but Mr Farage rejected the suggestion that Tory MPs would suddenly back Mrs May’s deal to counter the threat posed by his party.

“She thinks that fear of the Brexit Party is suddenly going to make Members of Parliament vote for this new treaty – it’s not.

“I think probably that will be the last act of her rather sad premiership.”

Asked for his assessment of Boris Johnson, the bookmakers’ favourite in the race to replace Mrs May, Mr Farage challenged him to set out where he stood on Brexit and the Prime Minister’s deal.

“We’ll find out over the next few weeks.”

Mr Farage was speaking shortly before a Brexit Party rally in front of hundreds of supporters in Willenhall in the West Midlands.

His comments came as Channel 4 News set out details of the alleged financial support he has received from millionaire backer Arron Banks.

The broadcaster said the insurance tycoon spent approximately £450,000 on Mr Farage in the year following the EU referendum in 2016.

A firm owned by Mr Banks leased a home in Chelsea for Mr Farage at an approximate £13,000 a month and he was also provided with a £32,000 Land Rover and a driver, according to the Channel 4 investigation.

Mr Banks told the broadcaster: “Channel 4 attempts to smear myself and Nigel come at a time when the Brexit Party is riding high in the polls, so it should come as no surprise to anyone.”

Mr Farage has denied receiving any funding from Mr Banks for the Brexit Party.

The former Ukip leader has been targeted by anti-Brexit campaigners, who have put up a series of billboards taking aim at him by highlighting past statements he and his candidates have made.

Photos show the billboards in place at locations including Taunton in Somerset, Coventry and Neath in South Wales, with slogans such as “attack the NHS” and “less maternity pay” next to comments attributed to Brexit Party members.

The billboard in Coventry cites a quote Mr Farage gave during a speech where he said: “We need to move to an insurance-based system of healthcare.”

They all feature the Brexit Party branding and logo.

The group Led by Donkeys wrote on Twitter: “Brexit Party leader Nigel Farage hasn’t written a manifesto so we’ve done it for him, based on statements by him and his candidates.

“Billboards going up across the country this week.”

Earlier on Thursday, Mr Farage visited a nightclub favoured by the cast of TV show The Only Way Is Essex.

He was welcomed by Mick Norcross, owner of the Sugar Hut nightclub in Brentwood, and boxer Dereck Chisora came to show his support.

Mr Farage told a crowded room: “The only way is Brexit.”