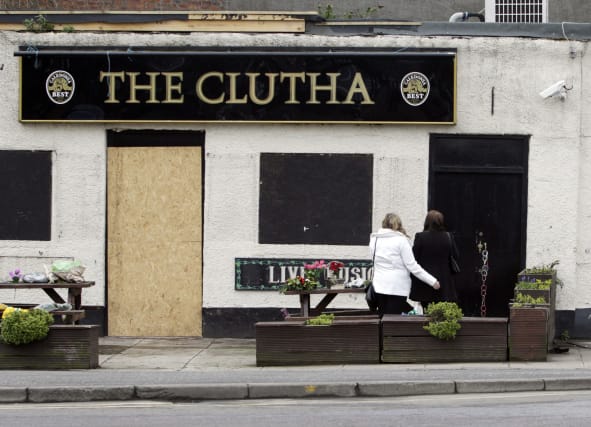 Faulty fuel sensors on the helicopter that crashed into the Clutha pub were not replaced in the weeks after a pilot alerted engineers about it, an inquiry has heard.

He was told two new sensors would be sent to Glasgow to “replace the existing faulty component” but technical logs up to October 10 recorded no changes to the main tank sensors.

Jim Remfry, head of maintenance at Babcock, told a fatal accident inquiry that he “would expect the work to be carried out”.

The 58-year-old, a maintenance coordinator at the time of the crash, described the fuel readings outlined by Mr Trott as a “discrepancy” and not a “hard fault”.

He said he could only surmise the sensors were sent and kept on standby.

The inquiry sitting at Hampden Park was shown the email exchange between Mr Trott and Mr Remfry with the subject ‘G-SPAO fuel indications’.

G-SPAO was the registration of the police helicopter that crashed onto the roof of the city centre bar, killing the three crew – pilot David Traill, Pc Tony Collins and Pc Kirsty Nelis.

Mr Trott said after refuelling to 310kg in the main tank he noted that it reduced to 295kg two hours later, increasing to 320kg after take-off before reducing again “at a normal burn rate” during flight.

He wrote:  “I understand that you will be calibrating and sending two new fuel probes up to Glasgow to exchange with two of those in the aircraft.”

The pilot said he would continue operating the craft, while adding 30kg to his minimum fuel calculations, and would brief the next day’s duty pilot.

Responding to Mr Trott in an email on October 1, Mr Remfry wrote: “I have taken this issue up with Martin Forster, avionics manager, who has hastened an existing demand for two of the later fuel sensors.

“He is confident that we should receive these at Staverton within the week and will then put a plan together to replace the existing faulty component.”

The maintenance manager said he was happy for Mr Trott to continue flying the helicopter while factoring the issue into his flight planning calculations.

No record of the main fuel tank sensors being changed were recorded in technical logs covering the period up to October 10.

Mr Remfry said he could not remember if they had been changed, saying he assumed the work had been done.

Asked if it would cause him concern if the work was not carried out, he replied: “Yes, I would expect that work to be carried out.”

He earlier told the inquiry that Bond had received a number of reports from pilots about discrepancies between the amount of fuel put into an aircraft and the level appearing on the fuel display.

“This was discussed at great length by our management team,” he said.

The inquiry before Sheriff Principal Craig Turnbull continues on Friday.