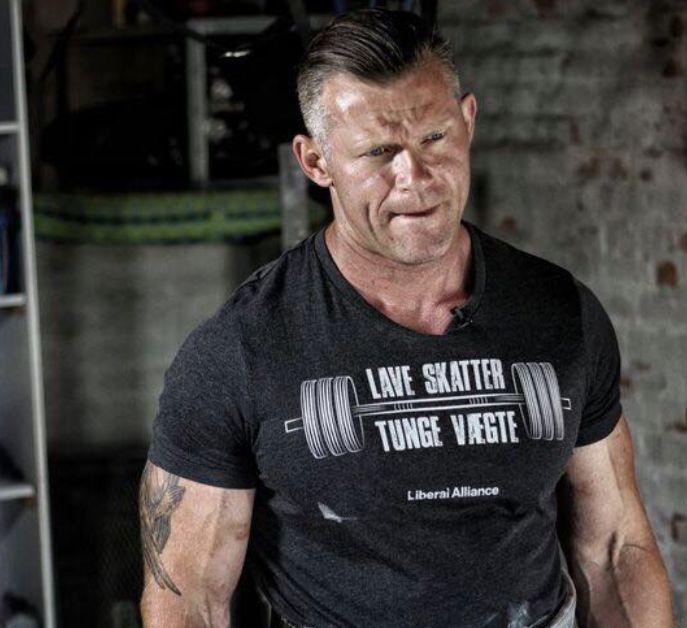 The former Olympic silver medalist in the shot put dismissed criticisms about his choice, arguing that "you have to be where your voters are".

The advert shows the 41-year-old Liberal Alliance MP, whose nickname is Jokke, in a suit with the slogan: "When you're done w******, vote for Jokke."

Mr Olsen said there was "no limit to how far I will go for the nation".

The politician added: "I hope people get a good laugh. I have received a very positive response to it.

"I don't know if there are votes in it.

"I am well aware that some people are outraged. One cannot say anything today without people being outraged.

"Those who know me as a politician, they know I'm a serious politician. But I also have humour, and I think this is fun."

Mr Olsen has previously described himself as "probably the strongest MP in the world" while lifting weights for a campaign video.

The Danish general election will take place on June 5, with left-wing Social Democrats looking likely to win power from the ruling Liberals.

Common painkiller 'is actually just as addictive as opiates'