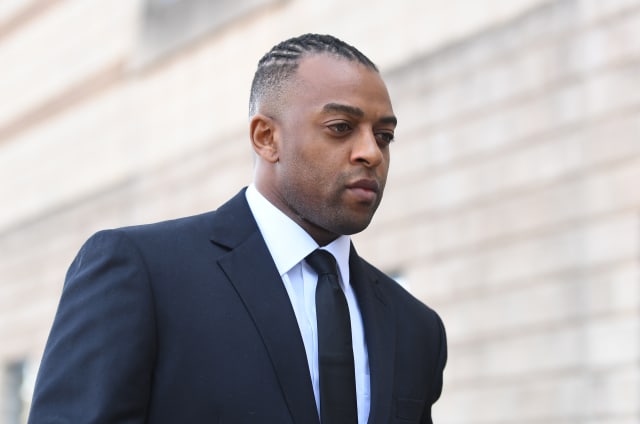 A woman who claims she was raped by ex-JLS star Oritse Williams has denied going to his hotel room and asking him to have sex.

The complainant, who cannot be named for legal reasons, also rejected claims from Williams' barrister that a consensual encounter with the singer ended in embarrassment when he was "unable to perform" sexually.

Prosecutors allege Williams tried to have sex with the "spaced out" woman at a Wolverhampton hotel following a solo gig, and then raped her when she returned to his room to look for her phone.

Nagadhana denies charges of sexual assault and assault by penetration in connection with the same incident.

On the second day of a trial at Wolverhampton Crown Court, the complainant said she had a "bits and pieces" memory of the night of the alleged attack after drinking Malibu, sambuca and shots.

During questioning by defence counsel Mark Cotter QC, representing Williams, he asked the complainant: "Are you able to order the bits and pieces or is it impossible?"

Giving evidence from behind a curtain shielding her from the public gallery, the woman answered: "It's not impossible, I could give it a good guess. The memories I do have, I know took place."

During around two hours in the witness box, the woman said she could remember kissing a female friend in the nightclub, and that her friend was "grinding" on Williams' lap.

The complainant added that she did not have a memory of sitting on Williams' lap at the club before she and her friend travelled with him in a taxi to his hotel.

Rejecting claims that she returned to Williams' room and said she wanted to have sex with him, the woman told jurors she was attempting to collect belongings she had left behind.

After the woman claimed the alleged rape ended when she asked to see her friend, who was in a different room, Mr Cotter told the court: "I suggest that's not true. He was unable to perform sexually and that is how it came to an end. It was all rather embarrassing wasn't it?"

The woman responded: "It is true."

It was then put to the woman that her friend – who had said she wanted to be her girlfriend – had an "extreme reaction" after being told of the encounter with Williams.

The jury was told the friend asked somebody else to get help, leading to police attending the hotel.

During his cross-examination, Mr Cotter suggested that "nothing bad at all" had happened in the hotel room and that what took place was consensual.

The alleged victim will continue giving evidence on Thursday.