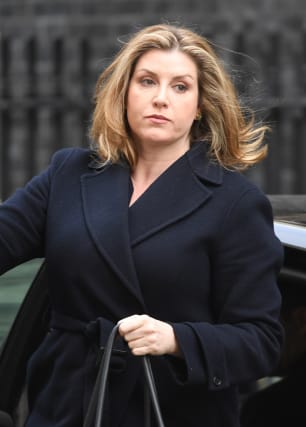 Defence Secretary Penny Mordaunt has signalled she intends to create a “statutory presumption” against prosecution of current or former personnel for alleged offences committed in the course of duty abroad more than 10 years ago.

The protections, which will be put to a public consultation, would not apply to alleged offences in Northern Ireland.

Ongoing prosecutions of soldiers over actions in Northern Ireland, including Dennis Hutchings who is due to be tried for attempted murder in connection with a fatal shooting in 1974, have sparked protests by veterans across the UK.

Ms Mordaunt said she wanted plans to strengthen the legal protections for military personnel who served on overseas operations such as Iraq and Afghanistan to be extended to cover veterans of the Troubles.

DUP MP Gavin Robinson raised the issue in the House of Commons on Wednesday, saying he was “perturbed” to read that plans will not apply to Northern Ireland.

“It shows scant disregard for people the length and breadth of this United kingdom who stood to protect our interests, our values and our democracy,” he said.

But Sinn Fein MLA Linda Dillon said “any attempt to create immunity for the British Army was wrong”.

“No British soldier should be above the law and whether crimes have been committed in Ireland or Iraq, those crimes should be investigated and those responsible held to account,” she said.

“Sinn Fein has rigorously opposed any and every attempt to introduce a statute of limitations or immunity for crimes committed by British soldiers in Ireland. We have stood in support of victims and and will continue to do so.”

“The SDLP remains opposed to amnesties designed to let those who break the law off the hook for their crimes. It doesn’t matter what uniform you wear, everyone must be equally subject to the rule of law,” she said.