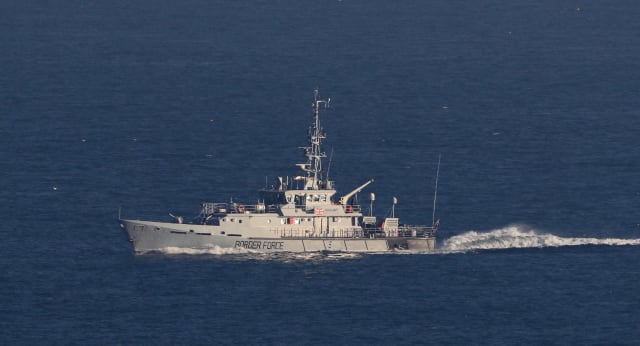 More than 700 migrants planned or attempted to cross the Channel in small boats in just over a year, according to Government figures.

British and French authorities encountered 562 individuals in 2018 and 177 in the first two months of 2019, statistics disclosed by the Home Office show.

Over the 14 months there were 98 “events” involving migrants attempting to cross the Channel.

A single event can involve multiple boats, although the published data only included one such case, when two vessels were involved.

Fifty-six interceptions, rescues and escorts took place at sea, according to the figures.

Of those 32 were carried out by Border Force, 19 by French law enforcement, three by the coastguard and RNLI, and two by non-law enforcement vessels.

In December, Home Secretary Sajid Javid declared a “major incident” and ordered two Border Force cutters to be redeployed to the Channel in response to an increase in attempted crossings.

Earlier this year law enforcement chiefs told MPs that migrants pay thousands of pounds to cross the Channel and in some cases even seek out authorities by dialling 999 from their boats.

The Government’s response has come under fresh scrutiny after further incidents recently.

At the weekend a total of 42 people, including 10 children, were brought to Dover after authorities intercepted three small boats.

The figures for migrant crossings for the period from January 2018 to February this year were set out in a letter from Home Office Permanent Secretary Sir Philip Rutnam to the Commons Home Affairs Committee.

He said it was the first time his department had released detailed figures on the migrant crossings issue.

Mr Rutnam emphasised that the recording of data on some of the incidents is “not straightforward”, and his letter listed a number of notes and caveats.

In the case of an aborted departure, an intervention by the French authorities is taken as evidence that there were “reasonable grounds” to suspect the people involved were intending to cross by small boat.

All such events are included, even when no evidence of a boat is found.

In the case of a UK landing, if the police or Border Force have reported suspicion that the migrants did cross in a small boat these cases have been included, even where no boat was found.