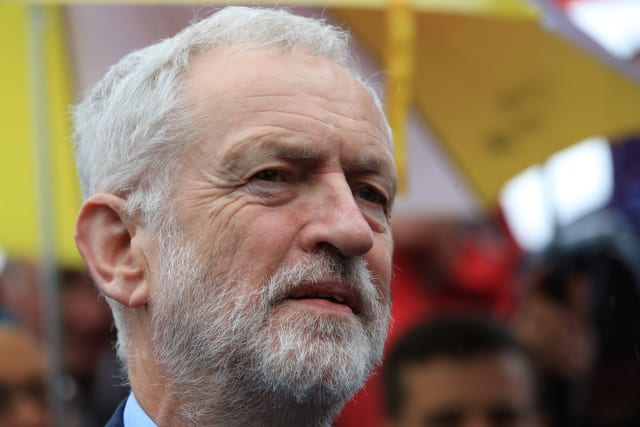 Jeremy Corbyn has urged voters to back Labour in next week’s European election to “challenge the voices in the far right” across Europe.

The Labour leader said there was a “vacuum of leadership” caused by the Government which was being used by people who “spew hatred and cause division”.

Writing in the British Asian newspaper Eastern Eye, Mr Corbyn said: “The upcoming EU election has become a target and a battleground for far-right voices. The discontent over the Tories’ handling over Brexit has left our country in crisis, and jobs and industries at risk.

“Individuals and parties that are known to spew hatred and cause division are now using this vacuum of leadership caused by the Government to win support in the EU elections next week. We need real solutions, not scapegoats.”

He went on to say: “A vote for Labour in the EU elections will challenge the voices in the far right throughout Europe and beyond.

“Labour will address the inequalities that helped fuel the Brexit vote by investing in our communities and people, ending austerity and creating a fairer society. It is Labour that wants to bring our country back together.

“With the far right rearing its ugly head, it is more important than ever to use your vote next Thursday (May 23).

“So, whether you voted leave or remain in 2016, I urge you to vote Labour, a party that is determined to bring people together, tackle discrimination, and take on the entrenched power of the few.”

He said Labour’s plan for Brexit would “end the chaos caused by the Tories and let us focus on the other big issues facing our country”, and he criticised Nigel Farage’s Brexit Party.

“As we know all too well, Farage sees migrants who have made enormous contributions to our great nation as a threat – and his vision of a no-deal Brexit seeks to serve only the richest in our society,” Mr Corbyn wrote.

“His views on privatising the NHS are very concerning too. This is a snake-oil salesman who’s trying to divide the country further.”

Mr Corbyn’s comments came after the Work and Pensions Secretary Amber Rudd called for the Conservative Party to campaign in the election to stop extremist parties filling the political “vacuum”.