Belfast solicitor expected to become next Lord Mayor of Belfast 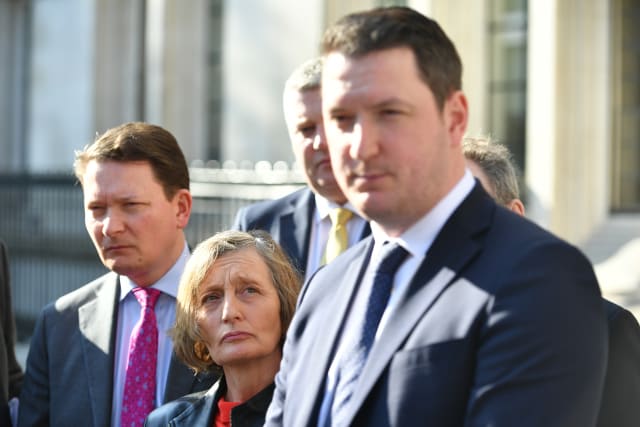 A prominent solicitor is set to become the next Lord Mayor of Belfast.

John Finucane was elected to Belfast City Council as a Sinn Fein candidate earlier this month.

He is well known figure in the city as a solicitor and also a campaigner following the murder of his father by Loyalist paramilitaries.

Pat Finucane was shot dead at the age of 39 in front of his wife and three children in 1989.

His son is expected to be nominated by Sinn Fein to become the next First Citizen of the city at the annual general meeting of the council next Tuesday.

He will be the second Sinn Fein Lord Mayor in as many years, following Deirdre Hargey.

The top positions at Belfast City Council are decided using the D’Hondt mechanism based on party strengths.

The party’s group leader on the council Ciaran Beattie said: “Sinn Fein will nominate Councillor John Finucane for the position of Ard Mheara for the coming year.

“John Finucane, who was recently elected to Belfast City Council, is a fearless defender and promoter of human rights and social justice and will ensure the rights of all are promoted and upheld.”

Mr Finucane said he was honoured to have been selected by his party, and said he intends to put “human rights and social justice at the heart of my term in office; standing up for the rights of all”.